Canada first country to pull out of Tokyo Games 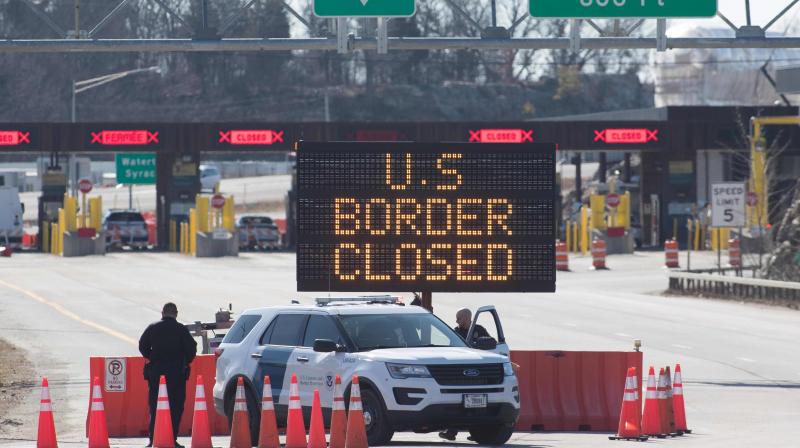 Canadian government continues to take drastic measures one of which was to seal the border with the United States on Sunday. AFP Photo

Montreal: Canada became the first country to pull out of the upcoming Tokyo Games. The Canadian Olympic officials announced this decision not to send a team in the summer of 2020 late on Sunday night and urged postponement of the Games in view of the coronavirus pandemic.

The IOC has come under increasing pressure to push back the games from sporting federations and athletes worried about the health risks as the COVID-19 global death tally went past 13,000 on Sunday.

IOC president Thomas Bach said a decision on when the Games would take place would be made "within the next four weeks."

No waiting for IOC decision

Canadian Olympic and Paralympic authorities, however, said they wouldn't wait that long, urging the IOC to postpone the Games for one year while offering "our full support in helping navigate all the complexities that rescheduling the Games will bring.

"While we recognize the inherent complexities around a postponement, nothing is more important than the health and safety of our athletes and the world community," the COC and CPC said.

"This is not solely about athlete health -- it is about public health," their statement added. "With COVID-19 and the associated risks, it is not safe for our athletes, and the health and safety of their families and the broader Canadian community for athletes to continue training towards these Games.

"In fact, it runs counter to the public health advice which we urge all Canadians to follow."

That argument has become increasingly heard from athletes in countries where training facilities are shuttered and gatherings of people are banned in a bid to halt the spread of the disease.

IOC expected the crisis to end

The IOC has countered that by July, the global crisis could have passed and that postponing now would be premature and could cost some athletes a long-awaited chance at Olympic glory that might not come again.

Bach said the IOC was considering "different scenarios," adding that complete cancellation of the games was not among them.

"We are thankful to the IOC for its assurance that it will not be cancelling the Tokyo 2020 Games and appreciative that it understands the importance of accelerating its decision-making regarding a possible postponement," the Canadian statement said.

"We also applaud the IOC for acknowledging that safeguarding the health and wellness of nations and containing the virus must be our paramount concern. We are in the midst of a global health crisis that is far more significant than sport.

"We remain hopeful that the IOC and IPC will agree with the decision to postpone the Games as a part of our collective responsibility to protect our communities and work to contain the spread of the virus."