The best part is that these sports movies are projecting sports as a career option. 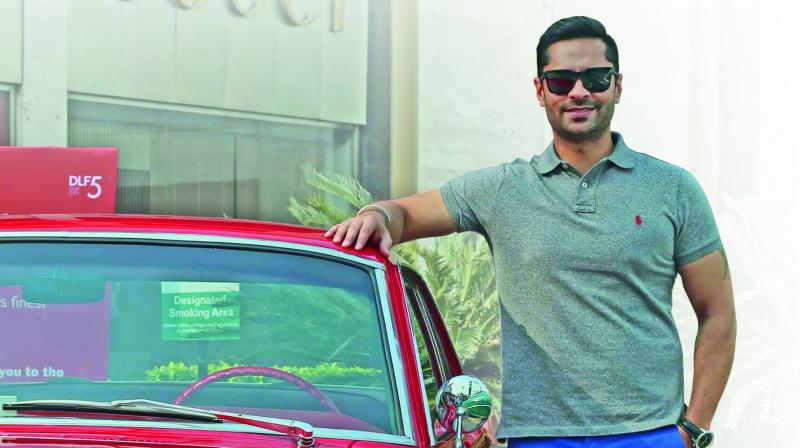 The former national car racing champion, Ashwin Sundar, along with his wife Niveditha, died in a tragic car crash recently and the news deeply saddened the sporting world. One person who had known him well was Gaurav Gill, the two-time Asia Pacific Rally Champion. “Ashwin and I sort up grew up together. He was a very competitive guy, who always wanted to win. Also, he had a friendly nature. It was an unfortunate thing that a young newly-wed couple met with such a tragic fate. I don’t think he was racing but he might have been fast as the car was badly damaged. As drivers, the need for speed is in our system but it’s all about controlled aggression. This sports is very risky but every year more research and development is being done to make the already high-end equipments safer. An accident can happen on the track on a bad day but losing your life on the street can be avoided,” he says.

We met and got talking with the champion on the sidelines of DLF Vintage Car Rally in Gurgaon. Talking further about the issue of traffic rules violation and road rage, Gaurav says, “I always say that youngsters shouldn’t race cars on the roads but unfortunately our culture and traffic rules implementation are such that no one really cares. They are not just putting themselves in danger but also people around them. If you really want to drive fast, then go to a race track or find an empty piece of land.” In fact, he is often asked to show his driving skills on the road. “I get these requests all the time because I have a few fast cars. I tell them that we can race on a track and not on the road. The road is not my track.”

Gill had a phenomenal last year and hopes to live up to people’s expectations this year as well. “It will be a lot more tougher this year because top drivers from various championships will be competing against me. Also we are trying to develop better tyres so that we can compete with the tyre-manufacturing giants,” he says and adds, “We plan to do some European rallies and test our tyres there. Initially it will be like testing the waters and then later we will go for podiums.”

The 35-year-old feels that the future of this sport is really bright. “I can proudly say that among the Asian countries, India has some finest racers. It’s a matter of time that they find the sponsors. I am also coming up with my professional academy to hone such talent.”

Ask him how the government can pitch in a sport that is mostly run on sponsorships, he says, “It will be great if there is exemption of taxes as our equipments are imported. We don’t sell it and only use it as sports equipment. If those items can be excluded from excise duty list, it will be a big push to the game as we usually end up paying 30 to 50 per cent tax. The passion for the sports dies on seeing the bills. Government can keep a strict check on the transparency.”

Being a Delhi boy, Gaurav thinks he was lucky find a mix of terrains in North India while growing up. “When I was younger, drivers from South India were used to high speed racers as terrains in south are open and flat but when they came here they were scared of the hilly terrains because it’s slow, twisty and technical. Similarly, guys who grew up in north are not used to high speed driving a lot. But thankfully I became versatile.”

When it comes to having fun, one wonders what excites a guy who has such a thrilling job. “I go for motorcycle rides with my wife to unwind. I am a beach person and love to go on holidays. The roads in Delhi are wide and beautiful unlike other cities. So we go around to have street food,” says Gill.

In the recent past, Bollywood has whipped up quite a few sport movies. Gaurav feels a few on motor sports will be great. “Sports have grown enormously in last two decades. Today there are premier leagues for soccer, kabbadi, and badminton. For last few weeks, I was driving powerboats, which is the next big thing. People got tired of watching romantic movies. I remember all the scenes from Cars as my son keeps watching it. I hope a nice movie is made in India as well.” Ask him whom he thinks will make good racer onscreen and he chooses Akshay Kumar. 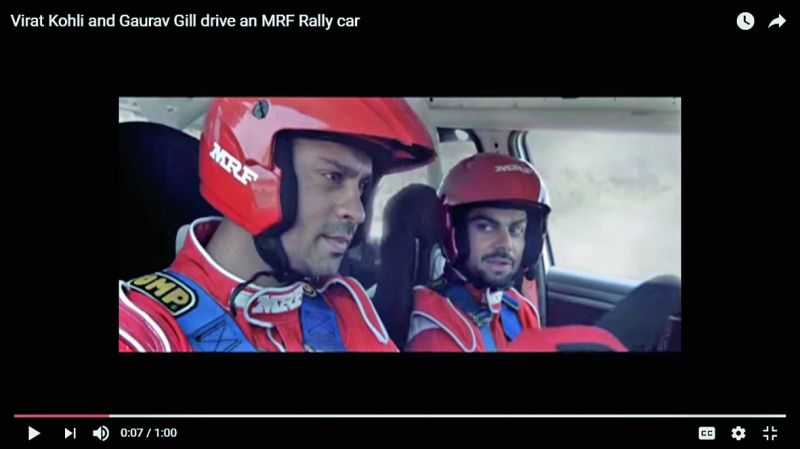 Last year for a MRF advertisement, he drove around with Indian cricket captain Virat Kohli. About the experience, he says, “He is a great guy and is a friend but he is not much of a driver. He likes the back seat. He likes cars but not so much driving. M.S. Dhoni is more of a biker guy. Also, the first time I met Sachin (Tendulkar), he asked me about left foot braking and I was shocked to know that he knows about such an advance technique to balance the body weight in proportion to the car. It was so great of him.”