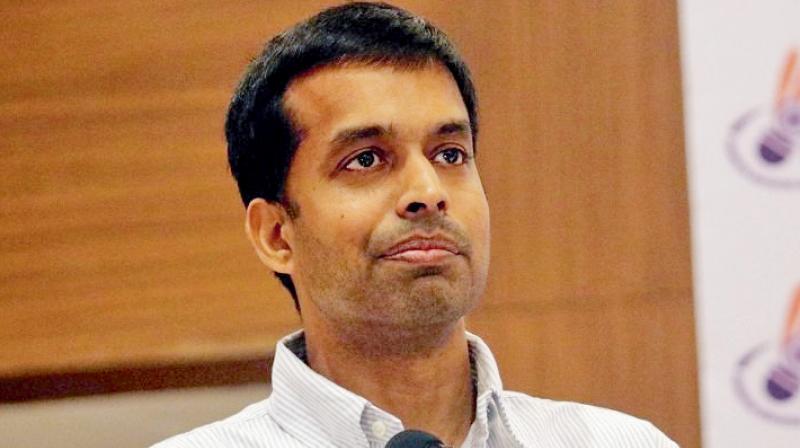 The issue of discrimination between singles and doubles players is nothing new in Indian badminton. When I was vociferous about it, the rest of the players chose to maintain silence and suddenly they all have woken up! I wonder what has offended them all of a sudden to raise their voice. What surprises me most is that they still maintain so much diplomacy!

I was branded a rebel when I fought for the rights of doubles players for almost a decade. Fellow players were so scared to stand beside me that some even decided not to talk to me fearing for their future. Not once had I asked for financial support although I deserved it. All I wanted was an exclusive coach for doubles and some respect for the format.

I wouldn’t blame the federation for this issue. BFI officials have been changing all these years — from V.K. Verma to Akhilesh Das Gupta to Himanta Biswa Sarma now. But the only constant in Indian badminton is our chief coach — P. Gopichand.

Has he (Gopi) done anything for the improvement of doubles in his 20-year association? When you call yourself the chief coach of the country, isn’t it your responsibility to look after the doubles players as well?

The association and government fund training programmes, provide foreign coaches, physios and organise tournaments. They deserve credit. I don’t see any players giving due credit to the government for all the money they spend. It’s totally unfair.

The irony is that if something bad happens in badminton, we blame the association and if we achieve something all the credit goes to one person! How is it fair? The chief coach has to speak up and clarify why they mete out such treatment to doubles players.

When I was playing, the chief coach didn’t even mention my name because I made a lot of noise about all these issues.

I feel doubles players deserve at least 10 per cent of support of what singles players get. But the sad reality is we don’t even get one per cent. I was as high as world no. 6 in doubles, but people are still questioning my credentials.

Despite being a top 10 player in the world, I had to fight my way into the TOP Scheme before the Rio Olympics last year. At the same time, a singles player in the top-100 was included in the scheme.

I have told the association very clearly that I would help them only if they gave me some power and make me the head of doubles. I think I have achieved a lot in this format and I don’t think anybody can question that. I can guide the doubles through this tough period.

What doubles needs is good administration. It should be treated as a separate entity altogether. We already consider ourselves a badminton superpower, comparing with the likes of China and South Korea. But there is no double standard in those countries. They have four pairs ready for each event while we have just one!

In team championships, we are losing out because we don’t have a strong doubles pair.