Woods simply cannot be ignored and there is always a special frisson of anticipation whenever he tees it up. 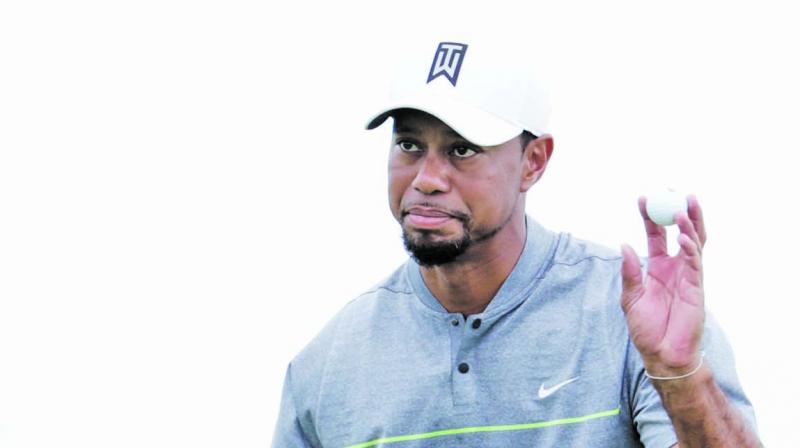 London: Tiger Woods appeared in only one tournament all season but the year ended with the name of the 14-times major champion on the lips of most golf followers around the world.

Back in action after an absence of almost 16 months caused by chronic back problems, the 40-year-old American made everyone sit up and take notice with a roller-coaster display as he finished 15th at the Hero World Challenge in the Bahamas in December.

Pure box office, as ever, Woods reeled off a tournament-high 24 birdies to offer fans hope that he can rediscover former glories but also looked vulnerable as he made several errors of judgement over the four days. Love him, or loathe him for past indiscretions, Woods simply cannot be ignored and there is always a special frisson of anticipation whenever he tees it up.

Rewinding to the opening major championship of the year, it was Spieth’s sudden and unexpected late collapse in the US Masters that opened the door for Danny Willett to claim the coveted Green Jacket.

Willett’s victory at Augusta National was similarly unexpected and it was mostly a struggle for the Englishman for the rest of the campaign. Another first-time major winner emerged at the US Open in June as Dustin Johnson finally achieved the breakthrough he has  threatened for so long.

The long-hitting American showed nerves of steel to triumph by three shots despite being controversially handed a one-stroke penalty when his ball moved on the fifth green.

Sparkling Stenson:
The most spectacular major finish of the year occurred at Royal Troon in July as Henrik Stenson outslugged American Phil Mickelson in a remarkable birdie-fest on the final day.

The Swede’s closing 63 equalled the lowest in any major and his winning 20-under total of 264 was also a record for any of the ‘Big Four’ tournaments. “Wow, this will take a little while to sink in,” Stenson said after he and Mickelson evoked memories of the great ‘Duel in the Sun’ Turnberry Open of 1977 when Tom Watson edged out Jack Nicklaus in another epic head-to-head.

American Jimmy Walker made it a clean sweep of first-time victories in the 2016 majors when he won the U.S. PGA Championship. Walker defeated Australian Jason Day by one stroke after playing 36 holes on a gruelling final day at a waterlogged Baltusrol.

The top four players in the world rankings all elected to miss golf’s return to the Olympics after a 112-year absence but it mattered little to gold medal winner Justin Rose. Both teams were still in mourning for the great Arnold Palmer, 87, who died five days before the matches began, but it was Davis Love’s American side who powered into an early 4-0 lead and never looked like surrendering control.

Emotional US assistant captain Bubba Watson wept on the skipper’s shoulder as the pair hugged on the 18th green. “We all pulled together for this one. We’ve been kicked around for so long. If you keep on losing you feel you’ve got to do something different,” said Love.