Roman Reigns and Becky Lynch have other films under their belt. 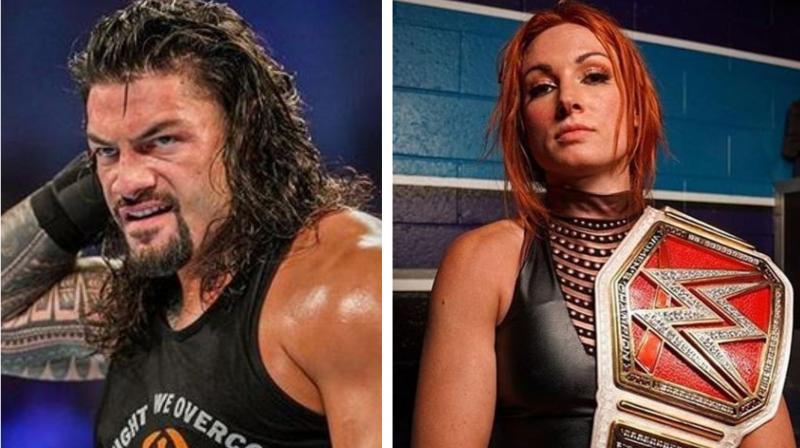 Roman Reigns has starred in the recently released 'Fast and Furious’ Hobbs and Shaw', while Becky Lynch starred in 'Marine 6 close quarters' along with former WWE superstar 'Shawn Michaels', and 'The Miz'. (Photo: Instagram)

Mumbai: On last Thursday, the Wrestling Entertainment (WWE) has declared that it is collaborating with Paramount Animation to produce an animated film, “Rumble”.

The film also has roles for WWE Superstars Becky Lynch and Roman Reigns who are set to voice the characters in the film. However, the lead cast includes Will Arnett, Terry Crews, and Geraldine Viswanathan.

As per the press release, the upcoming project "is set in a world where monster wrestling is a global sport and monsters are superstar athletes. Winnie seeks to follow in her father’s footsteps by coaching a lovable underdog monster into a wrestling champion."

Mireille Soria, President of Paramount Animation, has disclosed the reason behind working with WWE. Sharing the reason, Soria stated, "Rumble is steeped in the world of wrestling, and what better partners to help bring this world to life than WWE? They bring a pedigree and institutional excellence that is unmatched, and we couldn't be happier to collaborate with them on this special film. We are thrilled to have a seasoned and dynamic cast in place to breathe life into this exciting story and can't wait to bring it to audiences."

Meanwhile, Roman Reigns during a recent interview with the ComicBook.com, has stated, "It's a contagious environment. I think any time when that many people come together with one vision ... I think that type of camaraderie is awesome. I'm definitely into it. The fact that I don't have to kill myself, throw my body around is definitely a plus as well. But the problem is I still love wrestling."

Roman Reigns and Becky Lynch have other films under their belt. Roman Reigns has starred in the recently released “Fast and Furious’ Hobbs and Shaw”, while Becky Lynch starred in “Marine 6 close quarters” along with former WWE superstar “Shawn Michaels”, and “The Miz”.

WWE Studios, which is currently collaborating with Netflix on feature film "The Main Event", has already produced and developed many wrestling-films and other studios like the MGM biopic "Fighting With My Family".

Nevertheless, “Rumble”, which has been directed by Hamish Grieve, is slated for a summer release in 2020s.