Simran Singhi confident to do well

City player along with her doubles partner Ritika of Nagpur are part of 23-member Indian squad for Junior Asian Badminton Championship. 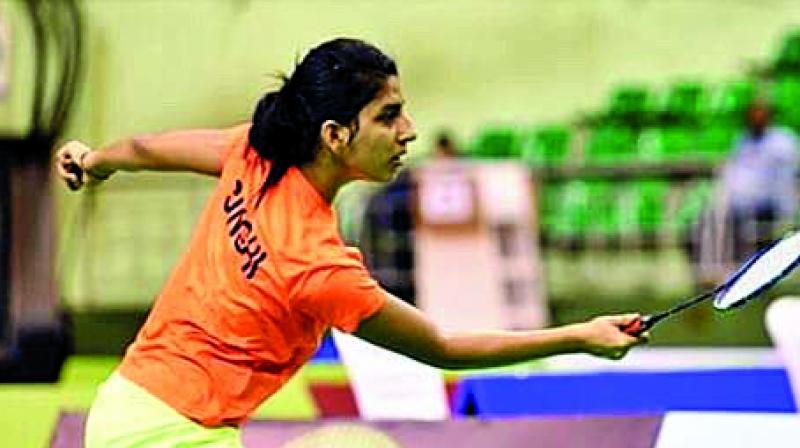 City player Simran Singhi will be part of the Indian junior girls team for the Junior Asian Championship. The Badminton Association of India (BAI) announced a 23-member Indian junior boys and girls squad that is set to participate in Suzhou, China from July 20-28.

Simran will represent India in the girls’ doubles category with her partner Ritika Thaker from Nagpur. The duo have shown good coordination on the court and have been doing well at the international and national circuit. They are among the top performers in the U-19 girls and spearheaded India’s challenge in the Asian Junior Championship last year also in Indonesia.

She will be attending a camp with other members of the squad for fifteen days starting July 3 in Panchkula, Haryana. “I am excited about the camp and it will give us a chance to further improve our game,” she added.

BAI considered the cumulative ranking points from the two All India Junior Ranking tournaments held in Chennai and Trivandrum, in the month of May while selecting the squad said Ajay K Singhania, General Secretary, BAI in a press release.

“We lost in the final in Chennai and in the semis in Trivandrum,” said the shuttler from Goregaon who trains at Thane Academy.

In girls’ singles, Airport Authority of India’s Malvika Bansod will be joined by Delhi’s Ashi Rawat, Unnati Bisht of Uttarakhand and the 2017 U-15 Asian Junior Championships gold medallist Samiya Imad Farooqui from Telangana.

The Maharashtra girls pair of Ritika and Simran will be key in the doubles matches. Ritika will partner with K Dingku Sing in the mixed doubles. Both have shown good form in recent times.

While considering the player’s selection, each of the leg winners gets 500 while the runner-up bags 425. The rest of the points bifurcation are: semi-finals (350), quarter-finals (275) and pre-quarter-finals (192). At the previous edition held in Indonesia, India won gold after 54 years, courtesy Lakshya Sen who won the Boys' singles title.

The coaching team will be headed by Junior National Coach, Sanjay Mishra and former India players Chetan Anand and Arun Vishnu among others as coaches.