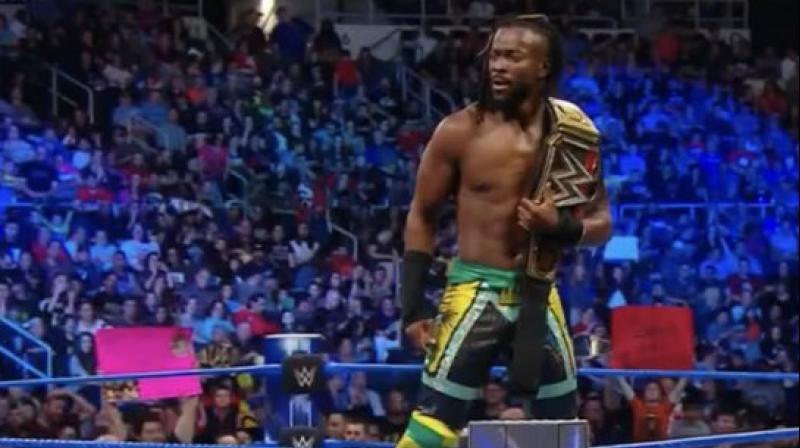 Mumbai: Kofi Kingston stole the show at WrestleMania 35 defeating Daniel Bryan in an enthralling fight to walk away with his maiden WWE Championship title on Sunday.

The 37-year-old 's big WrestleMania win is being widely viewed as a transitional world title reign.

WWE has done a good job establishing consistency by keeping its SmackDown Live world champion strong with no losses for Kingston since ascending as WWE champion.

The fight between Kofi and Bryan was brutal and went down to the wire. But the crowd favourite Kofi lived up to his reputation after being beaten and bruised by Bryan to emerge victorious in front of a capacity crowd at the MetLife Stadium.

As per an article by Forbes, Kingston has won 25 consecutive matches since becoming WWE champion, with singles and tag team victories over the likes of Sami Zayn, Randy Orton and Kevin Owens. Kofi’s last defeat was against Daniel Bryan on March 19, 2019.

Kofi was elated after successfully defending the title. He expressed his joy by saying, “I haven’t watched the entire match but I’ve seen people's reactions online. My timeline was completely full. I wasn’t able to get at the bottom of it for like two weeks. People sent me reaction videos on how happy they were to see me become WWE champion.”

He was ecstatic due to the support which he is getting from his fans. He said, “. You had little kids jumping around and giving each other hugs and just being elated at the fact that I won. Adults were doing the exact same thing. They were embracing each other and it was just true happiness.”

Kofi also mentioned about the impact which WWE has on its fans, and he felt special after having his WrestleMania moment. He said, “What we do is supposed to be entertainment, and what we did in Wrestlemania was incredibly special and that is the most important part-- that I had a Wrestlemania moment and could impact people’s lives and give something that they would never forget. That is what we do. I have to find time to watch the match entirely in my free time.”

Kingston's WWE Championship chase elevated all three members of The New Day, who each played a hand in helping Kingston clear obstacles placed by heel authority figure Vince McMahon. Despite the fact that Big E and Xavier Woods did not have matches at Wrestlemania, they were integral in participating in Kingston's WWE Championship match against Daniel Bryan and memorably celebrating the win.