Spanish GP to renegotiate fees for races without fans

Organisers are open to all proposals, be it doubleheaders, shortened weekends or almost anything else other than running on a reverse layout 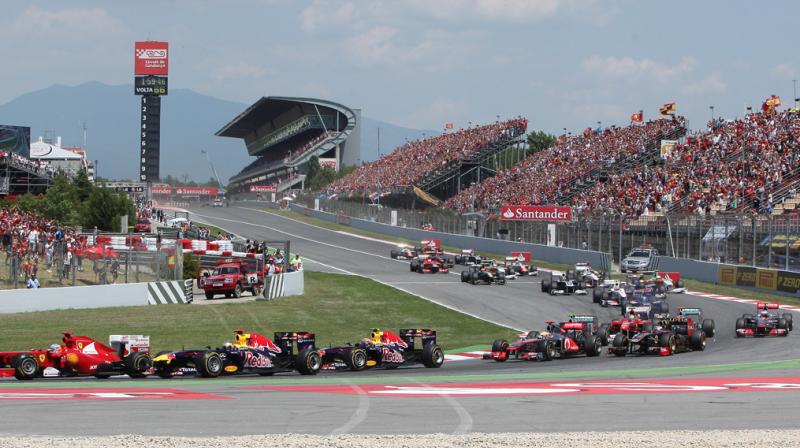 Madrid: Formula One organizers are open to renegotiating hosting fees for races that may take place without fans this season because of the coronavirus pandemic, the general manager of the Circuit de Barcelona-Catalunya said.

Joan Fontsere told The Associated Press that Liberty Media is “conscious'' that if races need to go on without fans the contracts with event promoters will have to be somehow renegotiated.

He said Spanish Grand Prix organizers at this moment are not even considering a race with fans in Barcelona. He said it's not only ticket sales that would be affected if the event goes on with empty stands and no hospitality suites.

“When the Catalan government invests in F1, it's not only for the tickets that we sell, it's also for the financial impact that the event has in the country, in Catalonia,'' Fontsere said. “The economic impact for the country will be very reduced. It means no income for taxis, for hotels ... so that changes completely the agreement between the two parties.''

Liberty Media did not immediately respond to a request for comment.

The Spanish GP brings in more than 160,000 million euros ($173 million) to the region, with the total of its financial impact during the year nearing 300 million euros ($325 million), according to data from the track. The attendance for last year's race-weekend surpassed 160,000 people.

Fontsere said the Spanish GP is “completely at the disposal'' of organizers and is open to all proposals, be it doubleheaders, shortened weekends or almost anything else other than running on a reverse layout, as that would require too many complex changes to the track and could pose safety concerns.

Among the ideas reportedly being discussed in F1 is to have two or three consecutive races at the same circuit and to use fewer days of on-track activities. There were also talks about changing the format of qualifying and even races.