The new 'match of the century' will be global, entirely online, and also gender-inclusive with each team having one female player 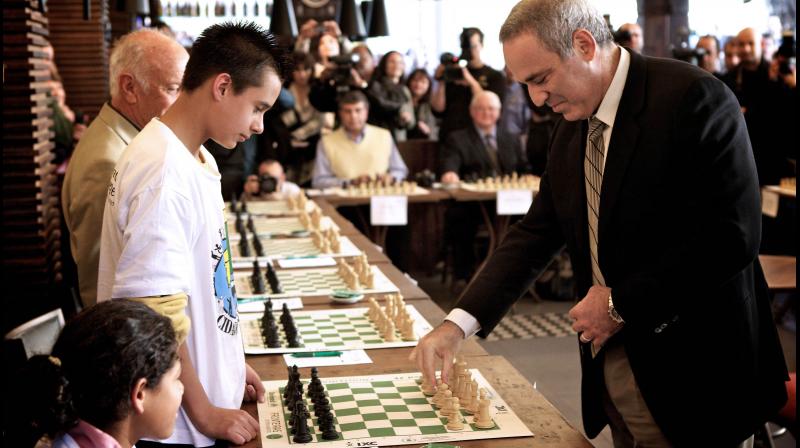 New Delhi: Chess legends including Russia's Garry Kasparov and Vladimir Kramnik will next month take part in a new online world team tournament as the game makes moves to carry on despite the global coronavirus shutdown.

Six teams will compete in the Online Nations Cup from May 5-10 with former world champion Viswanathan Anand featuring for India.

"This epoch-making battle draws some similarities with golf's Ryder Cup, or with the 1970 'USSR vs Rest of the World' chess match-up that made headlines in Bobby Fischer's heyday," the game's world governing body FIDE said, announcing the event.

"But the new 'match of the century' will be more global, entirely online, and also gender-inclusive, since the team line-ups must include at least one female player."

Chess remains one of the few games continuing, albeit only online, after the coronavirus pandemic wrecked the 2020 global sports calendar, including the Tokyo Olympics which has been postponed until next year.

The Candidates tournament had to be halted midway in March while the Chess Olympiad, which was supposed to take place in Russia this summer, has been postponed to 2021.

"This is a unique event that will combine competitive chess at the highest level, with a top-notch online spectacle", said FIDE president Arkady Dvorkovich.

"The reasons why an official tournament like this has to be conducted online are very unfortunate. But we are happy to see that chess is providing solace to millions of people who are under a home lockdown."

The event, co-organised by FIDE and the leading chess-playing platform Chess.com, is expected to feature teams comprising top players from China, India, Russia, the US, Europe and the "Rest of the World".

The games will be played in a rapid format, where each player has 25 minutes on the clock and gets 10 seconds added after each move.

Players will be under supervision to ensure they are not computer-aided with a FIDE-affiliated arbiter observing via video conference call.