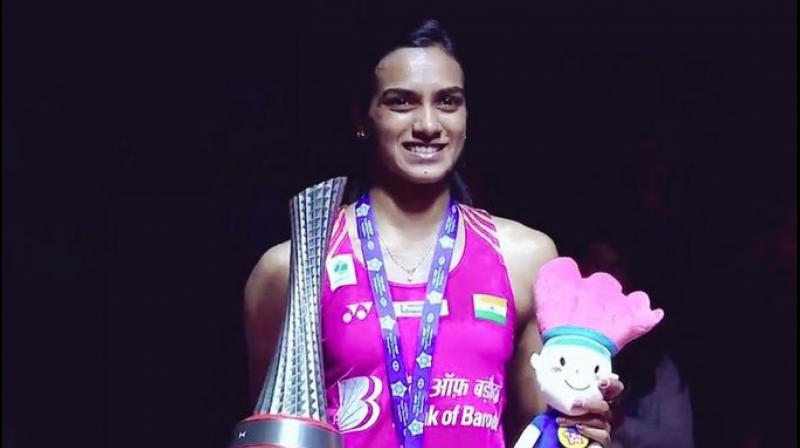 New Delhi: World Champion P V Sindhu was on Wednesday unveiled as one of the ambassadors for Badminton World Federation (BWF)'s 'i am badminton' awareness campaign.

The campaign provides a platform for players to express their love and respect for badminton by advocating and committing to clean and honest play.

Sindhu, an Olympic silver medallist, said playing clean and honest is very important in any sport.

"This message starts with one voice. If we as ambassadors can highlight this, then I think this will spread to more players," said the 24-year old.

"You are playing the sport for yourself. You need to be happy about it. You have to play it very clean and that is very important to me."

It has been five years since BWF's Integrity Unit was formed and this time the campaign has been at the forefront of the governing body's efforts to communicate its approach towards integrity.

"It's hoped such a concerted effort will not only raise awareness across the entire badminton landscape but encourage players to be active participants in shaping the integrity of the sport," the BWF said in a release.

"Every player has the right to compete in clean and fair sport. Match fixing, match manipulation and doping are contrary to the spirit of sport. As an ambassador, we all play an important role in safeguarding the future of badminton," Høyer said.

"Our youth and Para badminton players are perceived to be at greater risk of match manipulation and doping due to their lack of exposure on the international circuit.

"The idea of the 'i am badminton' campaign is for us as role models to share our experiences with these target groups so they have a heightened level of awareness on the importance of anti-match manipulation and anti-doping."