Sang has nurtured and created a number of champions, including Kipchoge, and one is keen to ask the secret behind it. 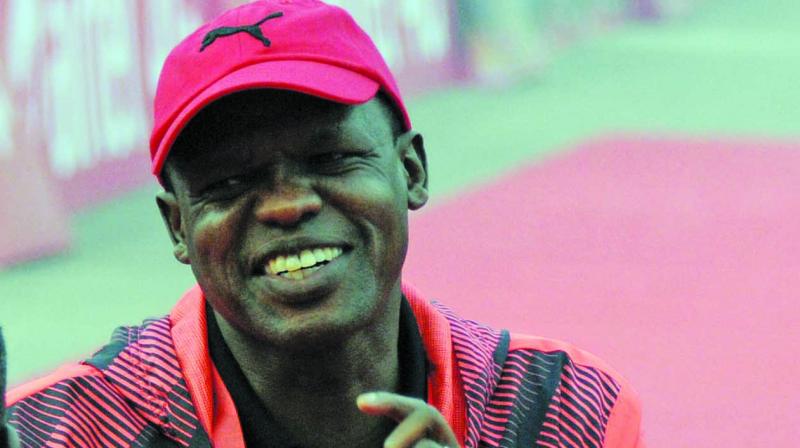 New Delhi: Terming the Delhi Half Marathon and its festive-like atmosphere as a “celebration of life”, 1992 Barcelona Olympics silver medallist (3,000m steeplechase) Patrick Sang said India was on the right track when it came to talent development and suggested ways to nurture the best in business.

Sang, coach of Olympic champion Eliud Kipchoge who clinched the elite men’s title told this paper, “Today’s run was one of the best events I have seen. To me it’s a celebration of life for which people come together. Young people participate in such events to identify and polish their talent.”

On developing the sport and unearthing more talent in the country, the 52-year-old Kenyan said, “One needs a bit of technical support and this is where the universities can play a part in talent development. Offer some scholarships to young talent.

“There needs to be a structure wherein the schools can identify talent, the universities can nurture them at their prime and if this happens, we can see India going to great heights in terms of sporting achievements.”

Sang has nurtured and created a number of champions, including Kipchoge, and one is keen to ask the secret behind it.

Explained the coach, “We try and understand the potential of the athletes and conduct a few tests on him to judge him for a particular event. So, when we head into an event, it’s within the athlete’s potential.”

Air pollution in the capital city has been a topic of heated debates recently but Sang felt that the situation was equally serious across the globe.

“I think that there are certain things that we can control and the others we cannot. Pollution is something that is troubling the entire world. It is just that its forms are different. So, I think that one should focus on giving their best in any given circumstances,” said the former All-Africa Games gold medallist.