On account of his achievements, the 19-year-old was chosen to be the senior Indian player in U Mumba franchise of UTT. 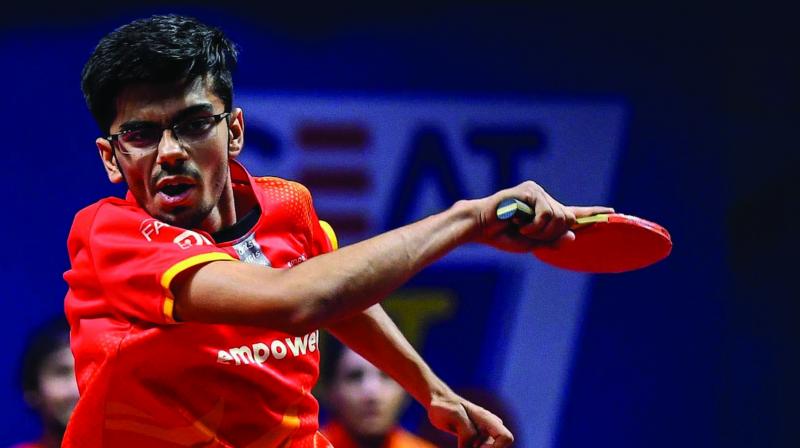 Manav Thakkar is only 19, but he will be the senior Indian player for new franchise U Mumba in the Ultimate Table Tennis (UTT) League Season 3.  It will be held in Delhi from July 25 to August 11.

The Rajkot born paddler created history by becoming the first Indian to be crowned World No 1 in the sport in the under-18 category last year. He has won many laurels already and has played in UTT before but he will be playing in U Mumba for the first time.

“It will be great to play for U Mumba. I’m very excited as it’s the first time and I will meet new owners as well as teammates, so it should be a good experience,” he said.

Thakkar already has international exposure, and in the last season, he brought on a few upsets by beating higher ranked players. He knows his job well.

“This year, I’m a senior member of the team, so there will be a bit of pressure but essentially the job is the same. I have to give my best and try to win matches for the team,” Thakkar added.

At the age of six, his parents decided to encourage him towards table tennis, given his flair for the sport. He was initially guided by his childhood coach Vahed Malubhai at Sufaiz TT Academy in Surat.

The turning point came in 2011, when the Table Tennis Federation of India (TTFI) held trials to pick youngsters for the PSPB academy in Ajmer. Manav was selected for training under Chinese coach Liu Zhang Feng.

Now he is looking forward to play in UTT again. “My personal objective is to give hundred percent during training and while playing matches. I will try to improve my game and play better than before. The ultimate goal is to win UTT Season 3,” he said.

Manav is excited to meet his U Mumba teammates especially Kirill Gerassimenko and Doo Hoi Kem.

Meanwhile, U Mumba’s key player Doo Hei Kem of Hong Kong is looking to excel in her third year at the league.

“I am very excited to be coming to India again. This is an important year ahead of the Olympics and we are all preparing hard and want to give our best. I wish to excel in every tournament that I take part in, starting from the UTT,” the women’s singles world no 12, Doo Kem, said.