We are confident but the competition is tough and we will give our best to make the grades. 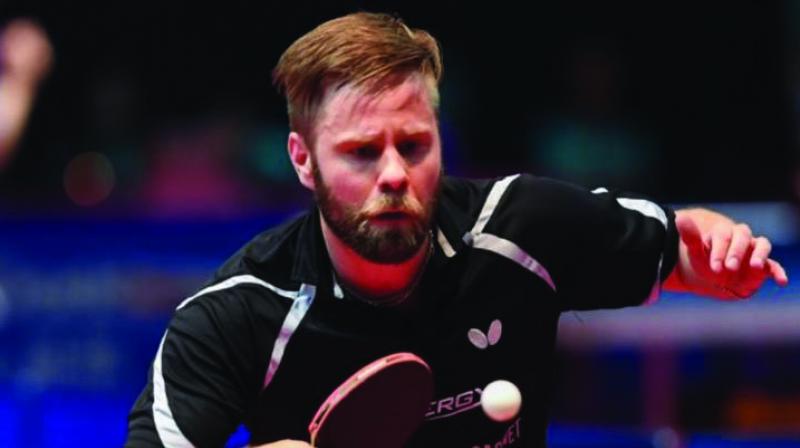 The 32-year-old Swede making his debut this year in the league feels that tournaments like UTT has the potential to change the game and allow players in the league to learn a lot through exchange of thoughts.

“I think it is good to be playing in a league like UTT, where you get to know other players and learn from different coaches. It also helps you pick up important tips during the practice session. I think spending time with top players will really help me to become a better player,” Jon said.

Talking about how he made up his mind to join the UTT Bandwagon, he said, “I was watching little bit of last season of the UTT league. I think it is a really good idea to start a league like UTT; it is nice to play and I have heard that it has good atmosphere in the hall. I think it’s good for the players to play in one short league with many matches tightly packed together.”

With the Olympics just a year away now, Persson believes that the playing against top players in UTT will definitely help him in run-up to the quadrennial event.

“I am hopeful that Sweden will qualify for the Olympics and are preparations are on. We are confident but the competition is tough and we will give our best to make the grades. Playing in the UTT will also be of immense for the preparation for the Olympics as I am expecting the competition to be tough and will test me against good opponents,” Jon added.

Jon, who was part of the Sweden squad that won bronze medal in 2018 World Championships and one of the famous paddlers in the country now, admits that table tennis was not his first love and it was ice hockey that caught his fancy first.

“When I was young, I wanted to be a football player or ice hockey player in some good leagues. My biggest idol in sports is Peter Forsberg - one of the best ice hockey players in all history. I am a really big ice hockey fan,” said the 2017 Slovenian Open silver medallist.

This is his first time in India and is eager to come to India. “I don’t have connection or been here before but I am really looking forward to visit India.”

Jon, one of the star players to turn out for the defending champions Dabang Delhi will feature on the opening day of the league on July 25, when his team take on the newbies Puneri Paltan Table Tennis.