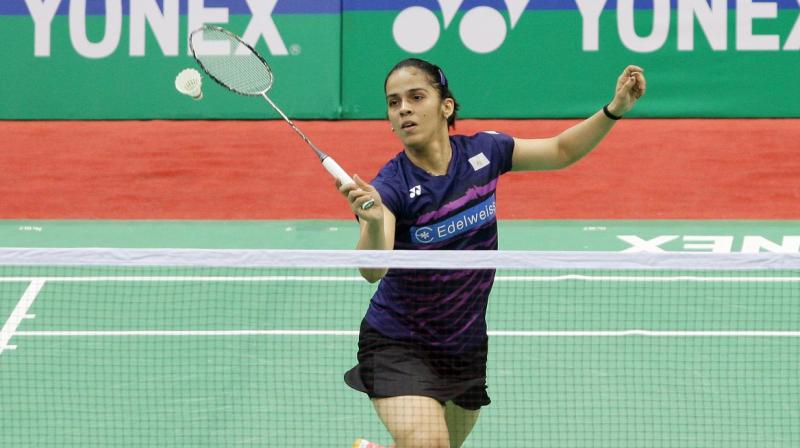 Sydney: Ace Indian shuttler Saina Nehwal produced a spectacular performance as she eased past fourth-seed Sung Ji Hyun of Korea to storm into the second round of the ongoing Australian Open Superseries, here at the Sydney Olympic Park on Wednesday.

The London Olympic bronze-medallist registered a comfortable 21-10, 21-16 win over her Korean opponent Ji Hyun in an opening-round clash that lasted 39 minutes. With the triumph, Nehwal took her head-to-head tally to 5-2 against Ji Hyun.

The defending champion will now lock horns with either Hong Kong's Cheung Ngan Yi or Malaysia's Sonia Cheah for a place in the quarter-finals.

In the men's singles event, Kidambi Srikanth, who recently clinched his maiden Indonesia Open title, also progressed through to the next round after sweeping aside qualifier Kan Chao Yu 21-13, 21-16 in a clash that lasted just few minutes less than half an hour.

He will next face World No. 1 Son Wan Ho, who the Indian defeated in the semi-finals of the Indonesia Open last week. Meanwhile, B.Sai Praneeth rebounded strongly from a game down to post a 10-21, 21-12, 21-10 win over Tommy Sugiarto of Indonesia. He has now set up China's Huang Yuxiang.

Ajay Jayaram and H.S Prannoy suffered a major blow as they knocked out of the tournament after going down against their respective opponents.