The nation’s obsession with cricket seems to be at the cost of other games like hockey and badminton getting their due. 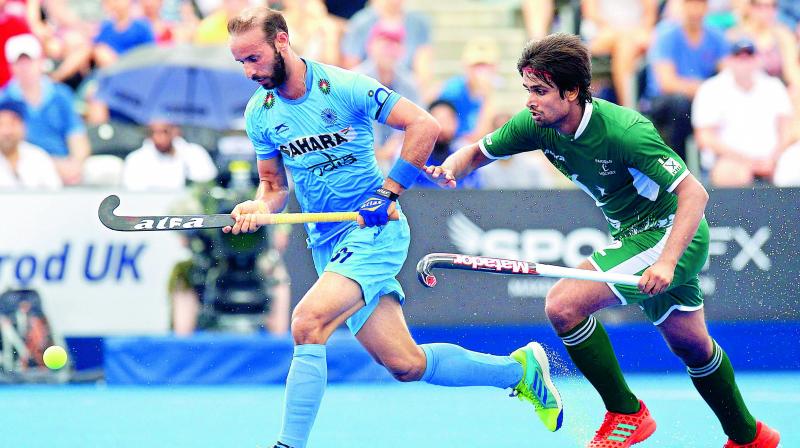 Sunday saw three important matches in Indian sports lined up — Kidambi Srikanth was playing the finals of the Indonesia Open, the final match between India and Pakistan for the Champions Trophy, and a few kilometres away from the cricket match, the Indian and Pakistan hockey teams were battling it out in the FIH Hockey World League Semifinal. Yet, it was the cricket match that got all the limelight. But at the end of the day, the sportstars who did not get enough attention from the nation made us proud by winning their respective matches.  It makes one wonder if it’s high time that every sport gets its due in a cricket-crazy nation like ours, and what should be done to change the scenario.

“Cricket, as a game, gets a lot of financial assistance from all quarters including ICC and even the state associations. But the financial position of hockey isn’t the same, though we have slowly started improving. The current generation should take an interest in hockey too. We are taking steps and have introduced new tournaments like Hockey League, 5-a-side, etc., to revive the sports,” adds Mariamma.

Former captain of the Indian national team, hockey player Dhanraj Pillay has made the country proud on multiple occasions. But for him to see hockey get the required recognition seems to be a long wait.

“Not only the Indian hockey team but the entire country is proud of our victory (against Pakistan) on Sunday. News channels are responsible for not giving enough importance to other sports. People are running only after cricket. This is not the first time but has been happening since 1947. Hockey is our national game and I have been shouting this for the last 35 years. No credit is given to hockey players and the game. I don’t see any change happening,” says Pillay.

But Dinakar Babu, IAS, Managing Director, Sports Authority of Telangana state, maintains that a lot of effort is being put into supporting the players. He says, “India is a cricket-frenzy nation. So it naturally takes time for players from other sports to get attention. Players like Sania Mirza, P.V. Sindhu, Srikanth, etc., have grabbed the entire nation’s attention with their victories in tennis and badminton. We have introduced incentive programmes which support the players after winning major championships. We are also establishing centres of excellence (CoE) at rural level to tap the potential and groom them.”

One of Srikanth’s coach, Anil from the Gopichand National Academy, feels, “If the government policies are flexible and carried out with more precision, and provide the required infrastructure, we can expect effective results.”

While Srikanth’s friend and a badminton player himself, H.S. Prannoy, who defeated Olympic medalists Lee Chong Wei and Chen Long as he made his way to the semi-finals of the Indonesian Open recently, says, “It is a cricket-crazy nation, what else can we expect? As far as we, the badminton players, are concerned, we are trying our best and have been winning so many matches for India. It will take time for people to know and follow such a sport. People are not even aware of the various tournaments that are being held with respect to badminton. In the Champions Trophy, only eight cricket teams of the world played. But over hundred countries play the Super Series and the best from the world wins. I think the sport needs to get more popular with the masses. There’s a substantial improvement in the last three years. And now, we need to be patient. With Srikanth and B. Sai Praneeth reaching the Singapore Open finals, with Sai Praneeth winning the Thailand Open Grand Prix and with Srikanth now winning the Indonesia Open Super Series, I think the sports will get the popularity.”

He continues, “To be honest, I don’t feel really bad because we have accepted the fact that this is how our country is. Though it’s sad. But we need to get continuous performances to promote the sports further.”

However, K.V. Subba Rao, Athletic Coach, Sports Authority of India, feels that the federations of the respective games should take the responsibility of revival.

“They need to bring innovation into their games to make it even more exciting, just like how T20 was introduced into cricket. Also, the BCCI takes good care of its players and pays them well; likewise, the federation should also look after their players well and take new initiatives to keep the buzz alive about their game.”

— With inputs from Sashidhar Adivi and Bipin Dani