‘Have to make playing semis, final a habit’

The 29-year-old is known to sing songs on the field under pressure and is the team’s go-to-man in crisis situations. 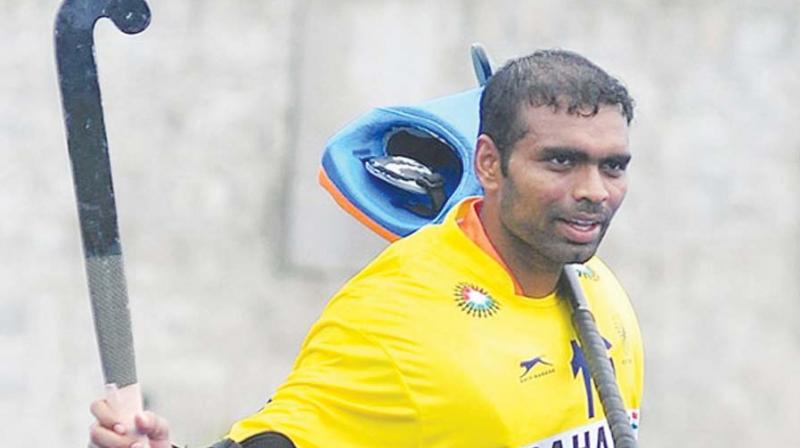 New Delhi: A day before the 2016 Rio Olympic Games, hockey skipper Sreejesh P.R. wrote a letter to each of his team mates. He wanted them to take up the responsibility, enjoy the Games and ensure that they deliver 100 per cent as a team.

“Enjoy what you do” has been Sreejesh’s mantra as the Padma Shri awardee goalkeeper believes “one can only achieve the best when you play with minimum pressure”.

The 29-year-old is known to sing songs on the field under pressure and is the team’s go-to-man in crisis situations. Sreejesh spent most of 2017 in rehabilitation after a knee surgery but has returned on a strong note.

At a time when Indian hockey is trying to recover from a poor outing at the Commonwealth Games and putting in place a system for 2018, Sreejesh knows his role in shaping this team will be crucial. Excerpts from an interview:

On being re-appointed the captain: I am happy and honoured at the role but honestly, a captain is nothing without his team. I may be the captain but once on the field, everyone is a captain. I think I have a far bigger role off the field in channelising, motivating the players and making sure they together as a unit.

On the upcoming Asian Games in Jakarta and the World Cup at home: We have a new coach, lot of youngsters and a fresh environment. It is the time to build up. In the last few weeks, we have worked on basics and fitness. There are many youngsters in the team and we have to ensure that their transition to the senior level is smooth. The Asian Games will be very important for us and also the World Cup, but it begins with taking one step at a time.

On what went wrong at the Commonwealth Games: I believe we all have to take collective responsibility for this. We conceded easy goals and couldn’t execute our plans well. It is not that we did poorly but we definitely are a team capable of doing much better. It is exactly what we have to work on to make sure that the same is not repeated. From attack to defence, we need improvement in every area.

On the constant changes in coaches and how the players adjust: See, the players are matured enough to handle these changes. We have had Roelant Oltmans who stressed on a defensive structure and Terry Walsh who focused on attack. But the basics and overall training remain the same. There are changes that one need to make style wise.

It could be difficult for youngsters but then that is where we seniors step in and take the team ahead.

On what India needs to do the bridge the gap with top teams: I think the biggest thing we have to learn is to make playing semi-finals and the final a habit. We still do not have enough experience of that kind of pressure and it will happen only if we qualify for semis and finals regularly. We have the fighting spirit and the talent but not enough results.

Right now, we are working on fitness and soon, the focus will shift to areas like penalty corner conversions, combinations and rectifying all the small mistakes.

On his style of leadership: I want to lead this team by example. It is very important for me to deliver as a goalkeeper. I believe everyone cannot do everything and we have to nurture what a player is good at. I as a captain want my players to enjoy their game and take away the pressure so I try to create a calm environment, where everyone is encouraged to speak and share. When needed, I am strict too.