So long and thanks for all the good times, boss

Our marriage started to sour after the departure of Henry in 2007. You, no doubt, transformed Henry into a king. 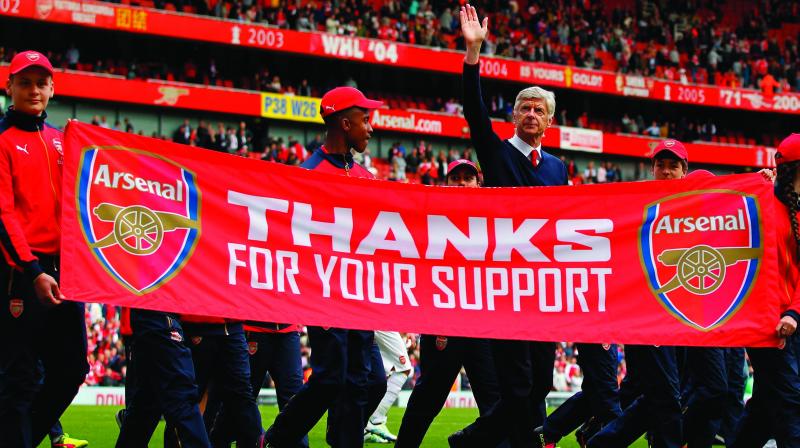 It is a pity that you are leaving without winning the league at our shining new home, the Emirates Stadium.

We all knew that the news of your departure was not only inevitable but also imminent this season but when it did come eventually all of us had to cope with a lump in our throat. Some bonds are forever. Thanks for the memories.

Our marriage was a complex love-hate affair. Which one isn’t, anyway? The honeymoon until the invincible season in 2003-04 was heady. You were fortunate that regular television coverage of Premier League matches and the Internet explosion in India coincided with your team’s brilliance. Arsenal and you were a rage here at the turn of the new millennium. An avowed cricket country fell for the charm of your exquisite team. No wonder that Arsenal continue to be the most popular football club in India even today. (PS: Contrary claims from a club in Manchester will not be entertained).

When you took charge of the London club in October, 1996, an English tabloid asked: Arsene Who? But it was love at first sight for us and you returned the compliment by winning the league in your first full season in some style. Boring Arsenal suddenly became dazzling Arsenal. If the capture of a disgruntled Thierry Henry from Juventus at the start of the 1999-2000 season was a smart move, the way you changed the winger into an electrifying forward was a master class.

Watching Henry in tandem with the Dutch artist Dennis Bergkamp up front was the closest thing to football nirvana. The birthplace of football may not have seen more beautiful.

If Patrick Vieira, another Frenchman who came of age under your tutelage, represented the spine of your team, Henry was a ballet dancer in football boots. We all got tired of rubbing our eyes in disbelief every weekend. Our marriage started to sour after the departure of Henry in  2007. You, no doubt, transformed Henry into a king. But you, inexplicably, chose to keep the throne vacant after his departure to Barcelona. Soon, our relationship encountered turbulence.

It is a pity that you are leaving without winning the league at our shining new home, the Emirates Stadium. We loved your unwavering faith in aesthetics because that was the cornerstone of your time across the Channel. But beauty for beauty’s sake cost Arsenal dear.

Meanwhile, we started to envy the way Barcelona melded beauty and productivity season after season. It looked as if your principles were more important to you than the club’s results. That you remained at the helm of a big club like Arsenal without winning the league in ages spoke volumes about the management’s generosity, the English media’s veneration for you and the fans’ patience. In the end, we had no alternative other than pining for your removal. Never mind it. The end doesn’t matter because you had provided us the climax in the beginning.