The story of Varda Harneja and Vinay Jani, who are gearing up to take part in the IDBI Federal Life Insurance New Delhi Marathon is quite similar. 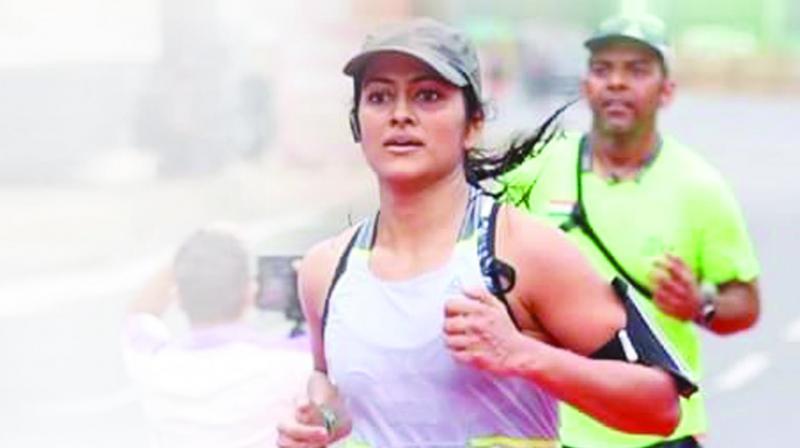 It is widely believed that if someone puts their soul into running, running never leaves them and takes them places. Considered as the best way to exercise, running has changed the way people lead people to discover new way of life and fight against adversities. Such has been the story of two running enthusiasts from Delhi who used running as an inspiration to battle life impairing ailments.

The story of Varda Harneja and Vinay Jani, who are gearing up to take part in the IDBI Federal Life Insurance New Delhi Marathon is quite similar. They received a jolt on getting diagnosed with neurological disorder that had the potential to cast a doom on their regular life. The thought slipped in on their mind that everything would go haywire from this point and half they would be busy spending their time in and out of doctor’s chambers.

But after much deliberation and advice from doctors and experts, the duo took to running which they thought was the best way to go forward and restore normalcy back to their life. And it was that decision which proved to work wonders for them.

“Initially I did not know how to deal with epilepsy as one cannot imagine going down with something like this in their wildest dreams. It took me a long time to get in terms with this. I started mentally recovering slowly and decided rather than sitting there is something that needs to be done,” the 35-year-old Vinay said.

“A lot depends on a good doctor who also needs to double up as a dependable counselor who would guide you the right way and I very am lucky in that regards,” he added. “He not only treated me medically but also stood there like a companion giving me life lessons and helping me fight depression,” he further said.

Varda, suffering from Myasthenia Gravis, an autoimmune disorder which gets the immune system faulty and attacks the neuromuscular junctions of the body making basic muscle movements impossible feels remembers the day she was diagnosed with it and feels that that nothing can compare to the feeling that she was going at that point of time.

“It was a big jerk for me. There was nothing that I could think at that point of time and it was the thought of my one-year-old daughter that overwhelmed my mind. But I think that was a blessing in disguise as it was that very thought which made be resolute and gave me the power to fight against the disorder,” 35-year-old Varda said.

“I would agree that life was never the same post diagnosis and it took me time to understand and mentally prepare myself. I was indeed a blow to me as I was into exercise and after this to even move my body looked like a task. But in 2014, a miracle happened and my MG went into remission which gave me a new lease of life,” she added.

“Now there is now way that one could find out that when it would relapse again. Post being in remission, I re-started my amateurish jogging in mid 2014, just to get my muscle strength back, to fight out for my body and above all fight out for my mind. Since then there has been no turning back and even hough MG keeps giving me small reminders of the past but I along with running have managed pretty well in handling the MG till now,” Varda said.

Vinay, who will be running a full marathon here for the first time has been preparing for it rigorously and is leaving no stone unturned to impress his peers and fellow competitors. “I have been preparing for the run for past few months and constantly hitting more than 40kms every week. But slowly as the event is coming close I have increased that now doing 60 kms which I believe will hold me in good stead for the New Delhi Marathon,” he said.

Since, it is very important for Vinay to not go overboard with his condition; he trains under a specialized running coach and is his person to go for everything related to techniques, diet and so on.

“I am taking guidance from Nivedita Samantha and we discuss each and every parameter. I have to be very cautious with everything I am doing and take a special care about my diet. I keep my body well nourished as that lessens the chances of seizures. I also keep my running buddy informed about my condition just in case if anything goes wrong, he or she can come to my aid,” he further said.

For Varda, her preparation combines both running and working-out in the gym. “I usually train for 2-3 hours every day and juggle between running and working out. I usually hit a distance of 50 kms/week and once I achieve that I focus on my strengthening. This is not my first time running the Half Marathon here and I have very well understood what needs to be done to compete in New Delhi Marathon. So I devise my plan according to that,” she added.

Asked as to how she manages to perform different roles, she said, “It is the support of my husband and parents that has helped me to not only fight this disorder but also continue with my passion for sports. They have stood like a rock beside me during the whole period and I am really thankful to them for their unconditional support.”