Kaif had tweeted from his handle that he condemns the violence and said that the root cause of the unrest should be addressed. 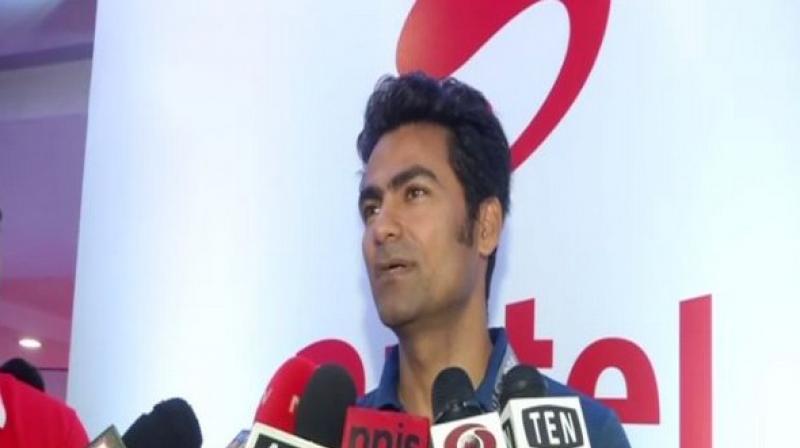 Former India cricketer Mohammad Kaif on Friday said that the root cause of the unrest over citizenship law should be found out and the government needs to engage with the aggrieved people to find a solution to the problem. (Photo: ANI)

New Delhi: Former India cricketer Mohammad Kaif on Friday said that the root cause of the unrest over citizenship law should be found out and the government needs to engage with the aggrieved people to find a solution to the problem.

"I condemn violence! But instead of blaming students/police/3rdparty, let's address root cause of this unrest. I humbly request Govt to listen & engage with the aggrieved-no matter how small they may be demographically. I've always put my country first & request everyone to do so," Kaif tweeted.

On the other hand, BCCI president Sourav Ganguly on Wednesday had termed her daughter Sana's alleged Instagram post related to the Citizenship Amendment Act as 'not true.'

He also said that his daughter is too young to know anything about politics and she should be left alone.

"Please keep Sana out of all these issues ... this post is not true ... she is too young a girl to know about anything in politics," Ganguly had tweeted.

On Tuesday, a snapshot of an Instagram story from the 18-year-old Sana's account was widely circulated among media outlets.

Ganguly's daughter had shared an excerpt from Khushwant Singh's book 'The End of India' and many publications labelled this post as a remark against the
Protests have intensified in various parts of the country after the Parliament had passed the last week. The Bill became an Act after getting presidential assent.

The grants citizenship to Hindus, Sikhs, Jains, Parsis, Buddhists and Christians fleeing religious persecution from Pakistan, Afghanistan and Bangladesh and came to India on or before December 31, 2014.