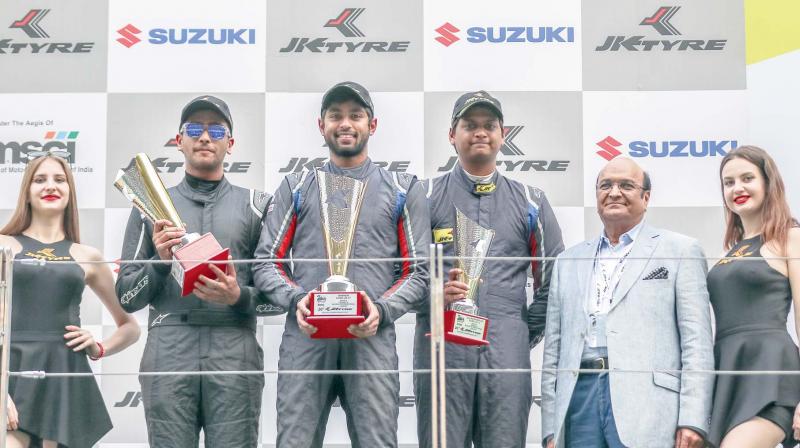 Greater Noida: Hyderabad’s Anindith Reddy and Chittesh Mandody of Kolhapur were crowned the Euro JK 2017 and LGB 4 champions as the curtains came down on the 20th JK Tyre-FMSCI National Racing Championship at the Buddh International Circuit here on Sunday.

Chennai’s Joseph Mathew took home the Suzuki Gixxer Cup despite not even taking the podium in the weekend’s second race. He finished fourth but had picked up enough points by Round 3 to win by a comfortable 15-point margin (total 64 points).

Sai Rahil Pillarisetty of Hyderabad claimed the third round of the Asian Cup of Road Racing by completing a fine double on Sunday. The other Indians in fray, Israel Vanlalhruaizela and Lal Nunsanga of Aizawl, were nudged off the podium.

“The grand finale lived up to expectations. We had an amazing crowd to mark the 20th year of the championship and the fans had a wonderful time,” JK Motorsport president Sanjay Sharma said.

Reddy, who won both the races on Saturday, was dominant on the day. He won the morning race, again with a 4-second margin, and was exemplary in the season’s last race.

He hit the chequered flag 10 seconds earlier than his friends and fierce rivals Nayan Chatterjee and Vishnu Prasad. Nayan enjoyed a good outing, taking the second place in both the races.