India has always dominated men’s kabaddi at the Asian Games since its introduction in 1990 at the Beijing edition. 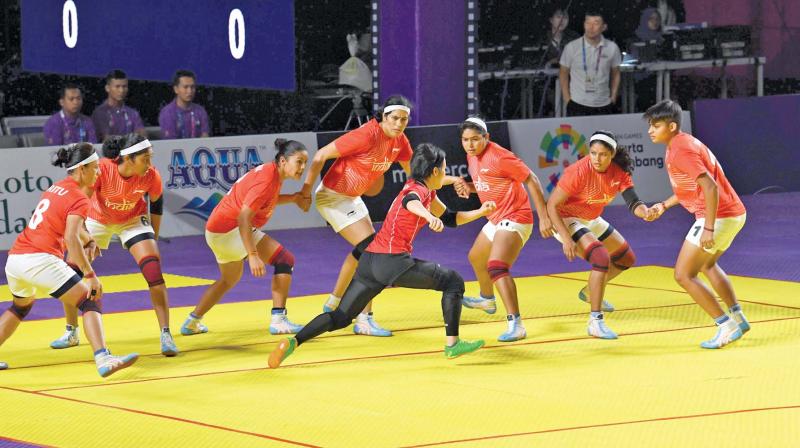 New Delhi: India has always dominated men’s kabaddi at the Asian Games since its introduction in 1990 at the Beijing edition. India has won all seven gold at the quadrennial event and they are again out to defend the top spot under the guidance of veteran coach Ram Ram Mehar Singh.

The defending champions opened their campaign in style with a 50-21 win over Bangladesh in their first round encounter and then eased past Sri Lanka 44-28 in the second match.

“We are invincible and continue to maintain this at the Jakarta Games. We are not aiming anything less than gold here. Our players have sweated in training session. It was a perfect start for us here with two wins on a trot,” Singh told this newspaper from Jakarta on Saturday.

Mohit Chillar, Raju Lal Chaudhary, and Girish Ernak are the three experienced defenders. Deepak Hooda and Sandeep Narwal are the two all-rounders in the team while Maninder Singh and Amit Nagar are the two stand-by players.

“Our team are in incredible form. We have best of the world raiders, defenders and all-rounders. The training session has been rigorous and preparations have covered all dimensions of the game that requires a tough mind and alert body. We will try to do our best in the coming matches here,” the Arjuna awardee said.

“Individual capabilities in synergy with the collective mission will be our best hope,” he added.

India are placed in Group A with South Korea, Sri Lanka, Thailand and Bangladesh as the sport will witness the participation of 12 teams.

“All 11 teams are doing well. However, the teams from Iran, South Korea, Pakistan and Bangladesh are tough opponents. Every match that we will go out to play will be against the best,” said Singh, who started coaching the Air Force and Services team in 2004 and mentored them to three national championship wins. As a player, also Singh had a impeccable contribution in the 1998 Asian Games’s gold-medal show before he captained the team successfully to add another gold to the tally in the 2002 Asiad. He has successfully lead Patna Pirates to three consecutive championship titles in the Pro Kabaddi League.