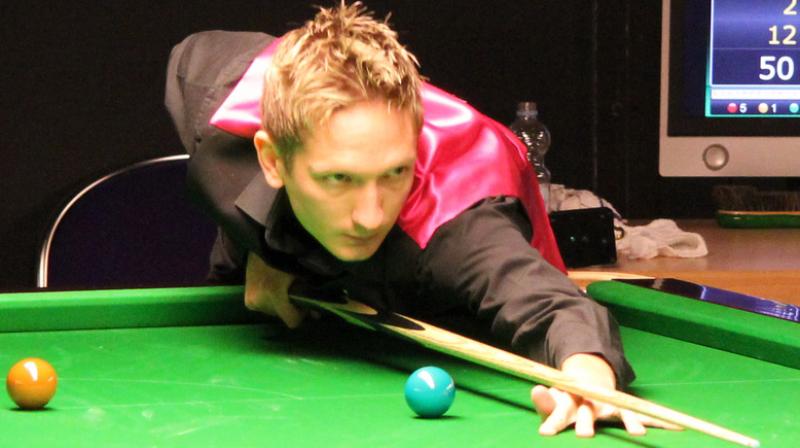 Ahmedabad: Pankaj Advani lost both ties against Andrew Pagett on the opening day of the inaugural edition of the Indian Cue Masters League here in Ahmedabad on Saturday.

Advani, who led Chennai Strikers’ charge against Welsh wizard Pagett’s Gujarat Kings, failed to make impression in the rapid format of the game as the home side won it 3-2.

Chennai Strikers won both their 9-ball Pool ties but couldn’t win a single game on the snooker table.

Pagett and Daria Sirotina of Gujarat Kings defeated Advani and Vidya Pillai 32-9, 23-1 on the Green Baize.

Advani won the first point and Chennai Strikers surged to 9-0 lead before Pagett opened the account and went to lead before wrapping up the frame with a break of 32. In the second frame the hosts imposed authority from the start and gained 14-0 lead before Advani won a point but Pagett and his partner won the frame 23-1 to wrap up the tie 2-0.

Both teams were tied at 1-1 as in the 9-ball pool singles Dharminder Lily defeated Alok Kumar 2-0.

Advani and Pagett were face to face in Icon Player Snooker and after Pagett got early lead of 17 points Advani shot back with a break of 30. Pagett however won it 37-30.

Advani had 8-0 lead in second frame but Pagett established control again before a foul let Advani an opportunity which he grabbed with a break of 14. Pagett regained lead (35-30) but couldn’t finish it by pocketing the black ball which didn’t matter as Advani also failed.

Bengaluru won the second encounter of the day 3-2.