Mentally decided London would be my last Olympic: Stephanie Rice

Stephanie Rice was all this and more by the time she was 20. 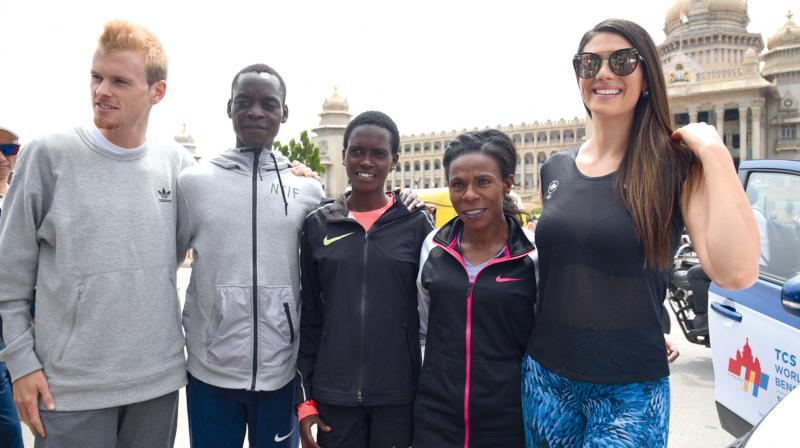 Bengaluru: A triple Olympic gold medal winner, all with world records to boot — at Beijing 2008 — a fashion icon and inspiration to millions.

Stephanie Rice was all this and more by the time she was 20.

Then came couple of injury-ravaged years and following some less than successful outing at the 2012 Games in London, the stunning Australian swimmer called it quits in 2014 at the age of 26.

Here in the city as the brand ambassador for the TCS World 10K run this Sunday, the 28-year-old opened up about her time in competitive swimming, her decision to retire, the advancement of technology, its impact on sport and the dogged doping cloud that hangs over the athletes.

Since your swimming days, the world record in the 200 IM and 400 IM has gone down. How much lower can it go?
I don’t think it’s going to stop because there are so many improvements in technology: how you train, specific nutrition, gym work and everything keeps improving and getting better. It’s only natural that athletes will get better. Sometimes you have someone like a Michael Phelps or Usain Bolt come along and no one will go faster than them for like 10 years. But that will still break at some point.

With so much technology in sport, is it getting complicated?
It can get complicated and we find that in Australia, because there are a lot of intelligent and educated people, they want you to try this specific technique or whatever but they have never played the sport. You sometimes have to find a balance between education and technology and just train hard.

What would you prefer?
I prefer to keep it raw. I would love to compete in training costume or something very basic and let the performance speak for itself and not have questions of was there doping or was this person wearing a special suit and stuff.

Do you miss competitive swimming?
Most of the time, I wake up and think ‘thank God I’m not training anymore’. It’s nice to wake up and not have that feeling of pushing yourself to the limits. But it takes moments like watching a video or the Rio Olympics, when I was commentating in India, and watching my first Olympics you realise what an achievement it is to win three gold medals.

What made you retire in 2014?
I think I had mentally decided around two-three months before the London Olympics that this will be my last Olympics. I had two shoulder surgeries and I had to, as soon as the race was finished, have the third because I had torn a tendon in my shoulder and didn’t have time to fix it before the Olympics. Every day I was training I got worse and worse and I couldn’t push to get myself out of the pool and it just became really hard. But then, I didn’t want to decide straight away because there are so many different things that can happen after Olympics. So I decided to wait a year before I came out and announced.

How different were London and Beijing Olympics for you personally?
Big difference between London and Beijing was in Beijing, I was just another person in the team who would hopefully do well. So there was less pressure. Leading into London, I was the defending champion and there were lot more expectations, having to balance media and sponsorship commitment with training, whereas in Beijing I only had training to focus on.

Ever thought of making a comeback?
Never! In my mind, if I have been training since I was seven in this sport and fit as I can possibly be, what makes me think that having a year or two off and starting again would make me better than before. Also once you have won an Olympic gold medal, going to one and coming in third doesn’t feel successful to me. The risk was too big.

Your thoughts on why Indian athletes don’t succeed at the Olympics?
It’s about who’s mentally most prepared. You need to have all the physical stuff but on the race day it’s 80 per cent mental and 20 percent physical. So, it’s important that you address both the aspects with equal importance. And that, to me, defines a really top athlete. Someone who can start with a really disappointing race and then come out and do an amazing event and win a medal in 20 minutes.

What goes in your mind a minute before a race?
Not a lot. A minute or 30 seconds before a race, I am looking at the board, my name. I am not looking at the crowd, because I just want to focus on what’s next. The immediate thing. Every good race I?have done is where the thoughts in my head were, ‘you’re doing really well’, ‘only two laps to go’, ‘you’re in a good position’ and not like ‘Oh, my legs are paining’, ‘I should be in more front now’ and so on, because that really doesn’t help you. That’s what you need to train for. 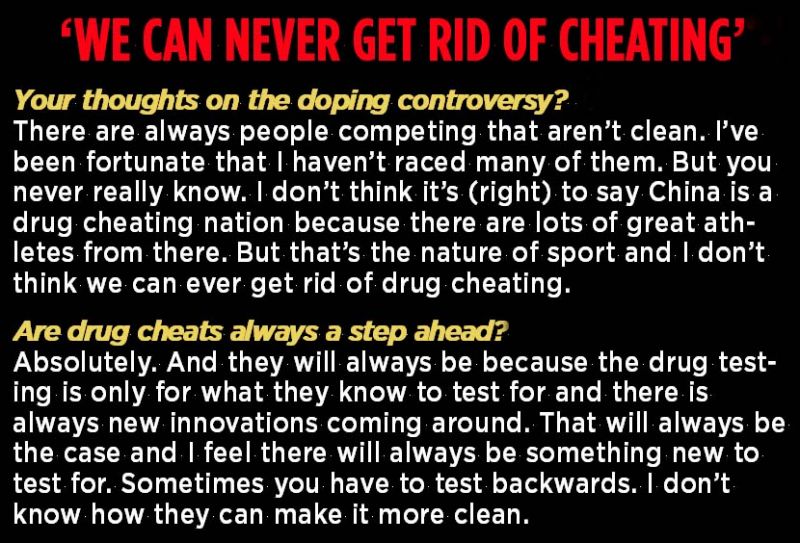