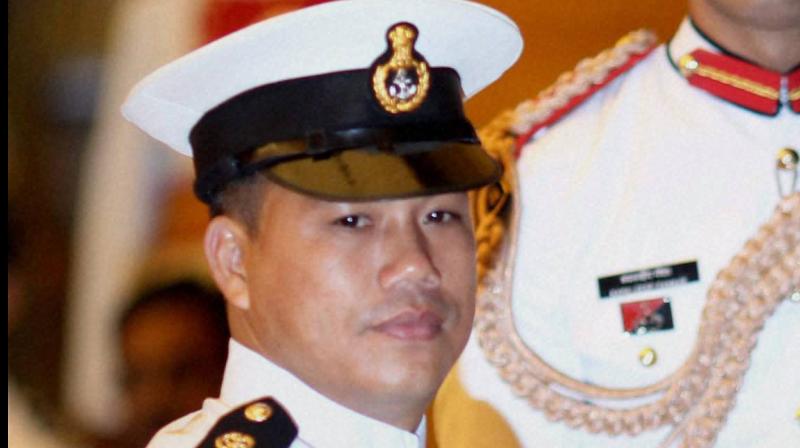 New Delhi: Former Indian boxer Dingko Singh on Monday requested the Sports Ministry to help him travel from Manipur to Delhi for his cancer treatment.

Singh, who is currently in Imphal, said the doctors had asked him to undergo radiation but it can only be done in Delhi. However, owing to the nationwide lockdown until May 3, he is unable to travel.

"Doctors had asked me to undergo radiation which is to be done in Delhi after that I was to undergo chemo. However, there is no transportation facility due to the lockdown. I had booked tickets many times keeping in mind the lockdown period but it has again been extended, so tickets got cancelled," the Asian Games gold medallist told ANI.

"The doctor in Delhi suggested I get chemo first in Manipur then they will plan for my radiation. So, I went to the doctor in Manipur but he said that my bilirubin levels are high so they cannot give me chemo at the moment," he added.

The boxer said he also planned to come to Delhi via road in an ambulance but the doctors advised it will not be good for his health. Hence, Singh is seeking help from the Sports Ministry to get to Delhi.

"If the ministry helps me to get to Delhi, it would be really helpful because then everything can be done in one place," Singh said.

When asked about getting help from the Boxing Federation of India (BFI), he said: "I do not know whether BFI is aware of it or not but in the past, they had helped me."