Self-isolation for Neeraj after returning from Turkey training 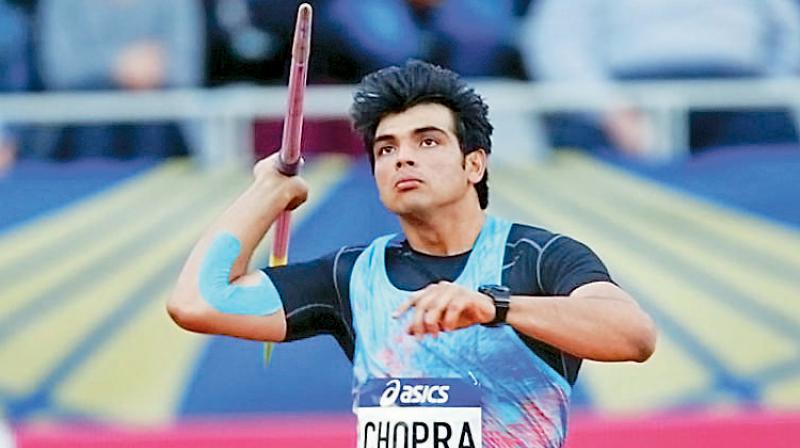 New Delhi: Star javelin thrower Neeraj Chopra, who returned from Turkey on Wednesday, has been ordered by Sports Authority of India (SAI) to remain in self-isolation for 14 days at the NIS-Patiala after his return from a training stint in Turkey.

Chopra, who has qualified for the upcoming Tokyo Olympics, has been told by the SAI to stay at his hostel room without mixing up with other athletes at the NIS if he has to be at the premier sports facility of the country.

Another Olympics-bound javelin thrower Shivpal Singh has left NIS as he preferred to stay at his home.

"SAI said if Neeraj wants to stay at the NIS, he has to remain in self-isolation for 14 days without mixing with others. He and Rohit Yadav who also returned from Turkey have been given hostel rooms separated from other trainees. They have also been given an old gym facility near their hostel room," a source at the NIS Patiala told PTI.

"Shivpal and Vipin Kasana who returned from South Africa wanted to leave for home. They left NIS Patiala yesterday," he added.

The source said SAI stipulated that Neeraj and all those who returned from abroad should remain isolated for 14 days even though they were screened and cleared for coronavirus symptoms at the Indira Gandhi International airport.