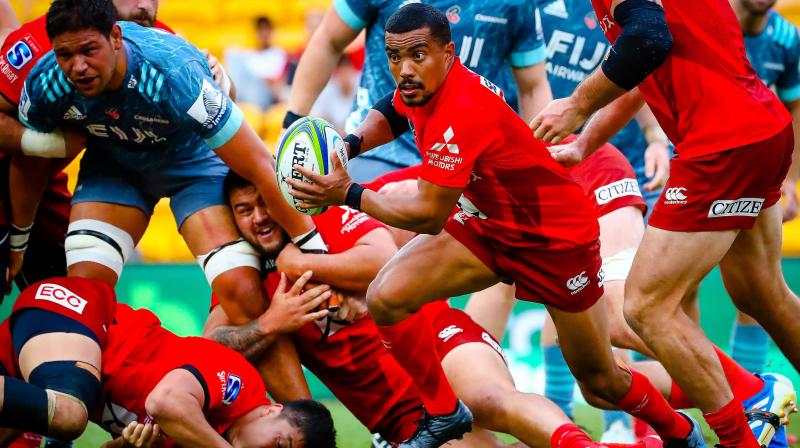 Sydney: Three seasons after being cut from Super Rugby, the Western Force has been invited back to join an Australia-only conference in a competition heavily overhauled in the wake of the coronavirus pandemic.

After negotiations involving the five countries with teams involved in Super Rugby following the suspension of the tournament in the seventh round, organizers are preparing to go ahead with domestic derbies for the remainder of the season in Australia. New Zealand Rugby has announced similar plans.

While major leagues and sports events in many parts of the world have been suspended, postponed or canceled because of the virus outbreak, various professional football competitions are going ahead in empty stadiums Down Under including the Aussie rules Australian Football League, the National Rugby League and soccer's A-League. Community-level and children's sports in Australia have been suspended, and the professional cricket and basketball leagues finished early.

Now Super Rugby is set to resume with a so-called "domestic solution." Government-imposed travel restrictions mean the Tokyo-based Sunwolves may have played their last official Super Rugby match. The Japanese club was based in the Australian conference, but was set to be cut from the competition at the end of the 2020 season.

Rugby Australia issued a statement Friday saying it had invited the Perth-based Force to fill the void. The Force had been set to launch a new Asia-wide competition, created by its mining-magnate owner Andrew Forrest, but the virus outbreak means that won't get off the ground on schedule.

In Australia, the five teams -- Brisbane-based Queensland Reds, Sydney-based Waratahs, Canberra-based Brumbies, Melbourne-based Rebels and the Force -- are preparing to play home-and-away matches in stadiums without spectators from April 3.

Rugby Australia chief executive Raelene Castle said the franchises and the players' union were "united behind the continuation of Super Rugby" and had agreed on a round-robin structure from April to June with a finals series format to be confirmed.

"Careful attention has also been given to ensure we are doing everything we can to protect the welfare of our players, support staff and match officials under the new proposed model," Castle said, adding that the chief medical officers of each country have been involved in discussions.

On Friday, Morrison imposed rules that require a minimum space of 4 square meters per person at any public gathering to ensure people keep a distance from each other in a bid to reduce the spread of the virus.

A scrum, ruck, maul, lineout or tackle in Super Rugby would go against that advice.