India's campaign to start off with boxing in World Military Games 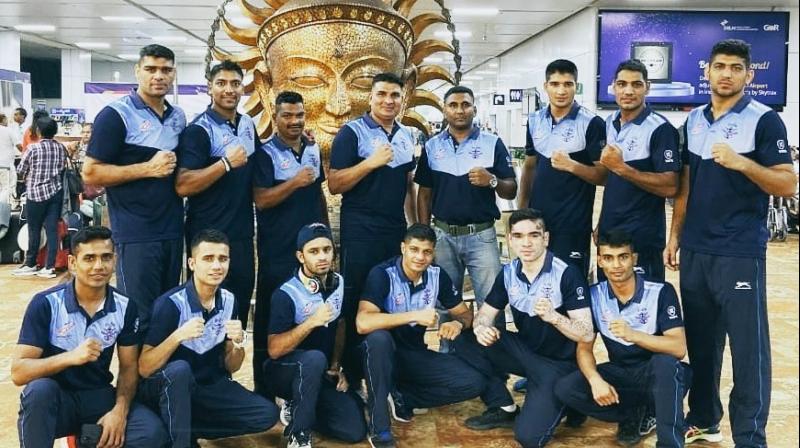 As many as 54 participants selected from three wings of the Indian armed forces will be taking part in the nine-day long 7th CISM Military World Games. The Indian boxing contingent will open India's campaign.(Photo: Twitter)

Wuhan: In the ongoing World Military Games, India's campaign will start off with boxing on Saturday.

India will be participating in nine sports events in the competition. Last time around, India ended up winning six medals at the South Korea edition in 2015.

As many as 54 participants selected from three wings of the Indian armed forces will be taking part in the nine-day long 7th CISM Military World Games, which were inaugurated by Chinese President Xi Jinping in Wuhan on Friday.

So far, India has taken part in three editions of the military games in 2007, 2011 and 2015. It is hoping to increase its medal count in the current games.

In 2007, India had hosted the 4th edition of the games in Hyderabad with 101 nations participating in the event.

China is hosting the Military World Games, also known as Military Olympics, for the first time.

The event will be held at 35 venues. 13 have been newly built, 17 have been reconstructed using sites formerly operated by the city and local universities, and five are temporary facilities.

The main venue is China's Wuhan, a city endowed with rich water resources, with 166 large and small lakes dotting its territory. Hoping to promote the great lakes and rivers, all 35 venues of the games are allocated to be held in four zones, adjacent to local waters.

The theme for the 7th Military World Games is 'Military Glory and Peace'.

The International Military Sports Council (CISM) was founded in 1948. The first military world games were inaugurated in Rome in 1955, and since then, it has been held every four years by the CISM.