Indian TT is going through its golden period: Ayhika Mukherjee

Ayhika reflects on the Commonwealth TT gold medal, the ongoing league, her experience and plans ahead. Excerpts from an interview: 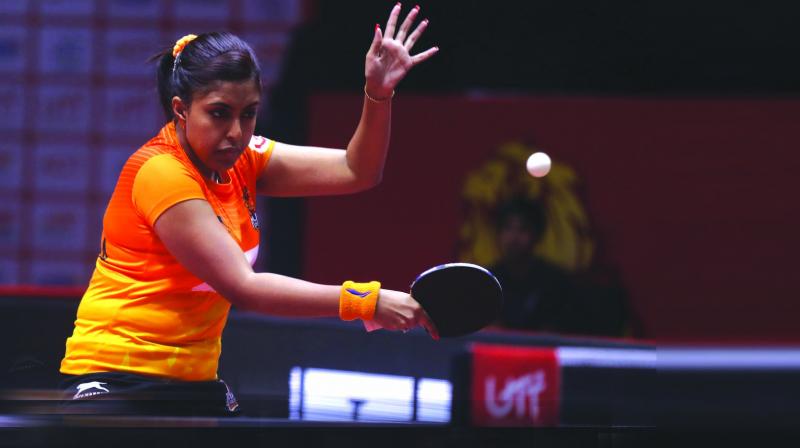 Ayhika Mukherjee, who recently won the women’s singles gold medal at the Commonwealth Championships in Cuttack, Odisha, says there are plenty of positives for all to take from the professional league like Ultimate Table Tennis League

Commonwealth Table Tennis Championship gold medallist Ayhika Mukherjee believes that Indian TT is going through its golden period and the youngsters are slowly but surely making their mark.

Ayhika, who recently won the women’s singles gold medal at the Commonwealth Championships in Cuttack, Odisha, says there are plenty of positives for all to take from the professional league like Ultimate Table Tennis League. She was part of Puneri Paltan team in the recently-concluded UTT in the capital.

Ayhika reflects on the Commonwealth TT gold medal, the ongoing league, her experience and plans ahead. Excerpts from an interview:

You had a successful outing at the Commonwealth TT Championships recently, winning the women’s singles gold. India also had a clean sweep at the tournament with seven gold medals. Your views.
It was a complete domination by India and it was a result of good work done in the last two years. As I mentioned the professional set-up in India, I think our players are now able to compete in the most tough situations and have become better and better. If you look back at the tournament, five of the seven finals were played between the Indian players alone. And that shows how far we have progressed. The Indian TT is seeing its golden period.

The last few years have seen Indian players’ performance go several notches up in the international arena. How do you chart their progress?
The last few years have been very fruitful for Indian table tennis. From medals in the Commonwealth Games last year to the Asian Games and now a clean sweep in the Commonwealth TT Championships, it has been a period of growth and progress. I believe all this is a byproduct of systematic planning, help from the Table Tennis Federation of Indian which has made the game more marketable and professional, and the advent of the Ultimate Table Tennis which has given us all an opportunity to compete at the top level and further enhance our skills. The league has helped the players pick up more technical inputs.

There are a number of youngsters who are coming up in India and are making their mark at the world stage. Who do you think are the rising stars?
Yes, this is truly a golden phase for Indian TT. We have a lot of good names. Sathiyan G. Has been the strongest. He recently broke into the world top-25 and that has been a true success story. Then we have Harmeet Desai, Sanil Shetty and Manav Thakkar in the men’s category. Manav has been phenomenal at the junior level for India, and was also the world number 2.

Among the women, Manika is obviously there. We are also seeing some brilliant performances in the UTT here. Sutirtha Mukherjee has been on top of her game, Krittwika Sinha Roy too is very talented and I am also trying to up my game.

What are your views on the UTT?
We have seen some very close matches and great competition, which shows that table tennis as a sport is on the rise. There were some great contests and good crowd support as well. The UTT is giving us a good exposure and a chance to play higher-ranked players. It is good for our overall growth and gave us a reality check as well.

How do you look back at Puneri Paltan’s matches in the UTT?
We began with a very important win over defending champions Dabang Delhi. It was a close match and I won my game against Krittwika Sinha Roy. Foreign recruits Chuang Chih-Yuan and Sabine Winter have been in good form for us, as also Harmeet Desai. We lost to Chennai Lions and RP-SG Mavericks Kolkata, but if you assess our game, there were some fine performances there. It is just a matter of getting it right on that day.

Our team has a strong mix of paddlers. Our strength is our bonding and love for the team. Interestingly, myself, Harmeet and Sabine were together in the UTT last season as well. So we know each other and our styles of play very well. I think we just need to get it right and play according to our strength.