From wedding pressure to medal pressure

Pune-based Sayali got calls from relatives to stop playing Kabbadi for marriage. But now, she marches on to represent the country at the Asiad. 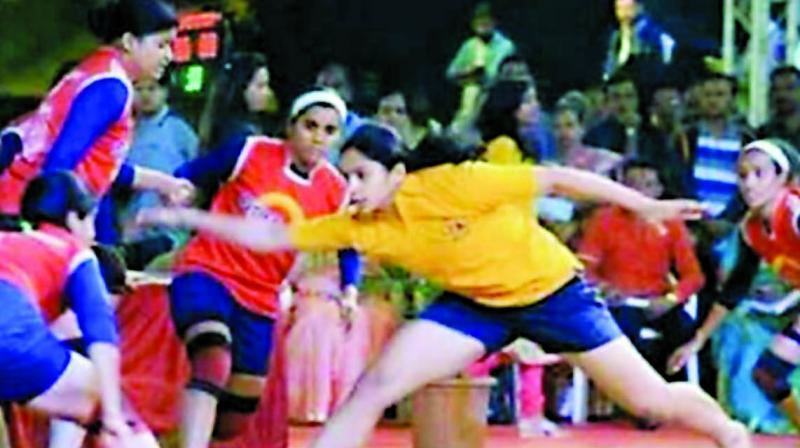 There are multiple reasons that eventually helped Sayali reach the international juncture.

When Sayali Keripale turned 23 this year, her mother started receiving phone calls from her relatives with the common words, “Kabbadi khelna bandh karwao aur shaadi karwa do.” On the contrary, these words were like white noise to Sayali’s mother.

The same phone calls have now turned into applauds after Sayali was selected for the Indian Kabaddi Contingent for the first time ever. The 23-year-old features in the squad that will travel to Jakarta, Indonesia for the Asian Games that commence on August 18.

Most families with humble background succumb to the weight thrust upon them by relatives. Instead, the Pune-based couple chose to respond in a healthier fashion.

Even Sayali’s mother had passion for the sport but her dreams  were put on the back burner after her wedding. We are living in a different generation. Women athletes need their families to give them moral support and Sayali’s parents did just that.

Her father, Sanjay Keripale was a  Kabaddi player,  the main reason why he was employed at Bank of Maharashtra for his achievements at state level Kabaddi.

There are multiple reasons that eventually helped Sayali reach the international juncture.

“Whenever I went for tournaments, they (relatives) would call up my mother and tell her ‘ab padhai hogayi hai, khelne mat bhejo’ and that would upset me,” as Sayali recalls.

“Now the same people are calling and congratulating me. I am grateful that my parents believed in me and placed their trust in me,” she adds.

Her obsession with the movie ‘Chak de India’ also played its part. “Every time I watch the movie, I feel inspired. Being a female athlete, the film always motivates me,” she says.

The family sport
When Sayali was young, she started accompanying her father to the field to figure out his obsession with the sport. Not long enough until she tried her own hand in the muddy pitch.

It was 2008 when she was introduced to coach Rajesh Dhambare. “My father thought that he would be a better help than himself. But he still accompanied me whenever I went for practice.” she recalls.

In 2010, she made it to the sub-junior and junior India camp. She was blooming on the mats. Also, the limitation of women athletes played a part in lack of tournaments.

She was still young for the senior team. Eventually, in 2015, senior national Maharashtra team selected her. The team finished with a silver medal. Sayali benefited from the liberty given by her parents and her training sessions were doubled. Even though her family is not as stable money-wise, Sanjay Keripale made sure that his daughter didn’t face any trouble.

“My parents never let the money problem bother my training. I had to change my diet for national tournaments. More money was needed and even if my father did not have it, he did something or the other to make sure that it does not affect me,’ she says.

Staying aloof from web
At the beginning of this year, she was not allowed to use WhatsApp. She does not even have an account on Facebook yet. Her coach, Rajesh Dhambare has trained the raider in a fashion where many athletes would quit. His methods are harsh but they yield results.

She will represent the country for the first time ever on a glitzy stage but the raider is not afraid. “Gold toh aayega hii, we will do the nation proud,” she says.

All the Kabaddi athletes who are travelling to Indonesia are a part of the ‘Raid for Gold’ program. It is an initiative of Mashal Sports, a mission with an objective to rally support for the Indian Kabaddi team in international competitions. It also extols Kabaddi as our country’s gift to the world of sport, and deserving of being included in the Olympics movement.

In its first stage, Raid for Gold is launching a digital support campaign aimed at unifying sports lovers to motivate and celebrate the Indian Kabaddi Team for the upcoming Asian Games being held in Jakarta in August 2018.