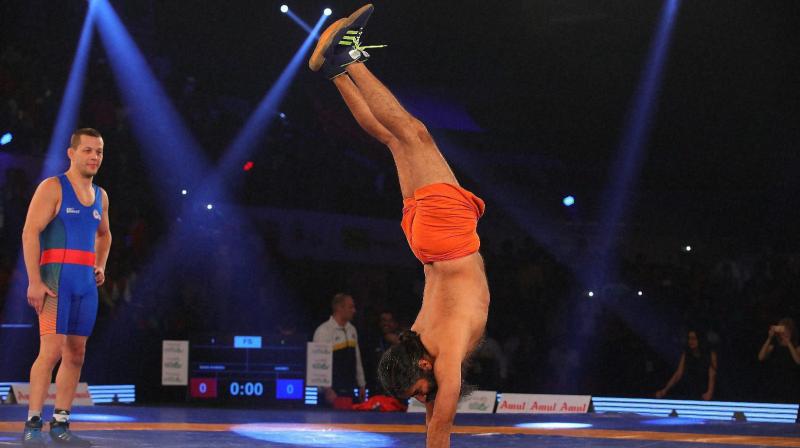 Stadnik is well remembered by Indian wrestling enthusiasts as had defeated Indian wrestler Sushil Kumar, clinching a silver medal in the Men's freestyle 66kg event at the 2008 Summer Olympics in Beijing.

Earlier on the occasion of 20th anniversary of his Ashram in Haridwar in 2016., Ramdev had challenged Sushil Kumar.