The PGA card apart, Sharma also has in his sights, a spot on the International team and the Olympic Games in Tokyo in 2020. 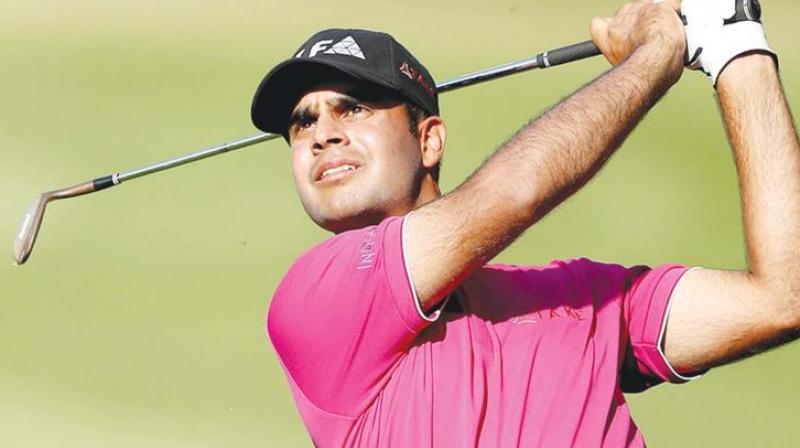 Jeju Island (South Korea): Indian golfer Shubhankar Sharma will continue his quest for a PGA Tour card and a place in the International Team for the Presidents Cup when he tees up at this week’s $9.5 million CJ Cup here.

The PGA card apart, Sharma also has in his sights, a spot on the International team and the Olympic Games in Tokyo in 2020.

Last week, in his opening start on a PGA Tour event, he was T-10 at the CIMB Classic in Malaysia, after co-leading through 54 holes. It was his second Top-10 this calendar year but in different PGA seasons.

Sharma’s disappointment was short-lived as he got a special invite for a nine-hole practice round from South African legend Ernie Els, who is captain of the International team for the Presidents Cup to be held in 2019.

Sharma has time and again stated that it was the memory of Els spotting him at a golf clinic for juniors in New Delhi in 2008 at the Emaar-MGF Masters, an Asian and European Tour event, that set him on road to serious golf.

Sharma, after the CJ Cup, will travel for next week’s World Golf Champi-onships-HSBC Champions in Shanghai.

Both events do not have halfway cuts, so Sharma is hoping to take a big step towards earning his PGA TOUR card via non-member category.