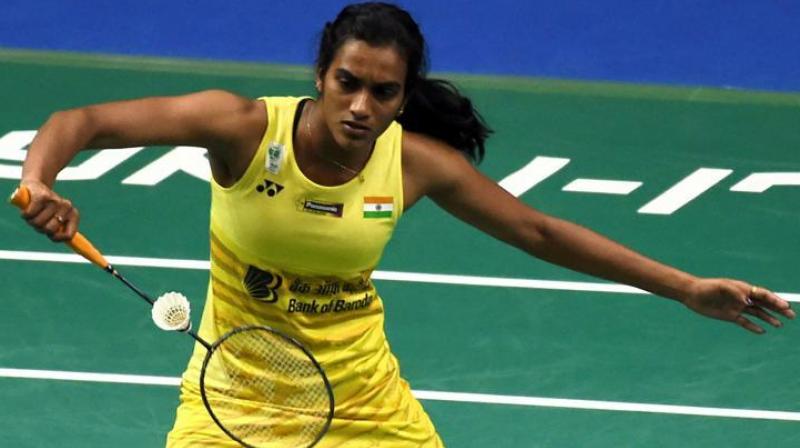 Replicating her world championship form, the Olympic silver-medallist produced another strong performance to get the better of the currently 20th-ranked Chinese, who entered the match with a 3-3 record against the Indian.

However, Saina made an early exit after losing to Thailand's Busanan Ongbamrungphan in the women's singles.

The London Olympics bronze-medallist lost 10-21 17-21 at the hands of the World No.19 Ongbamrungphan in a match that lasted for 44 minutes at the Olympic Sports Center Xincheng Gymnasium.

It was the former world number one's second successive loss to the Thai player.

The 29-year-old Saina has struggled for form following her recovery from injuries.

The Indian started her season with a win at the Indonesia Open but has failed to reach another final on the BWF circuit so far.

In other matches of the day featuring Indian shuttlers, B Sai Praneeth defeated Thailand's Suppanyu Avihingsanon 21-19 21-23 21-14 to make the next round of the men's singles event.