He also participated in the World Junior Squash in Chennai last month. 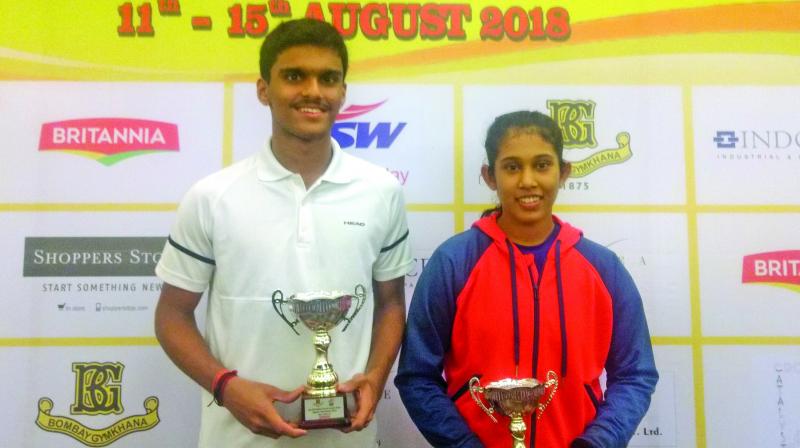 Goan squash player Yash Fadte has been making waves at the junior circuit without any specialised coach. The 16-year-old who trains at Cricket Club of India squash courts, showed he can compete with seniors by reaching the Men’s Open semi-final at Bombay Gymkhana before losing to eventual winner and India No 3 Mahesh Mangaonkar in straight sets.

Like in Men’s Open he was unseeded in the U-19 category of Indian Classic Junior Open Squash Tournament that followed the Men’s Open and went on to win the title at the Bombay Gymkhana on Thursday.

“I was unseeded in both the events, so finishing third in Men’s Open and first in U-19 category is a great feeling,” said Yash.

“In World Juniors at Chennai our team came 10th, we could have done better. It was my second time in this tournament and it was a good experience for me. I will now play in the Asian Juniors Individual Championships in Chennai (next month),” he said.

The 12th standard student has achieved all this without any professional coach so far. “My dad used to play squash in a club in Goa for fitness and I picked up the sport. I come to Mumbai on a regular basis to train at CCI. I have no personal coach at the moment, my father helps me and there are good players at CCI who also help me out. My teachers and principal in my school are helpful and friends also help me out in academics,” he added.

Yash defeated his friend Chaitanya Shah of Mumbai 11-8, 11-6, 9-11, 11-5 in the U-19 final at Bombay Gymkhana glass-back squash courts on Thursday. Unseeded Chaitanya had earlier come up with an exceptional performance in the semifinal when he defeated the top seed and India U-19 No.1 Tushar Shahani in an epic four-game thriller.

Both had played many matches in the past and also train at times at CCI.

“I have been playing Chaitanya in finals since I was 10 and have a long history with him. We have played many matches together but he lives in US and we train together at CCI when he is here,” Yash said.