Asian Games: On the mark

There was quite literally a gold rush at Gold Coast CWG where India notched up their second best medal tally of all time. 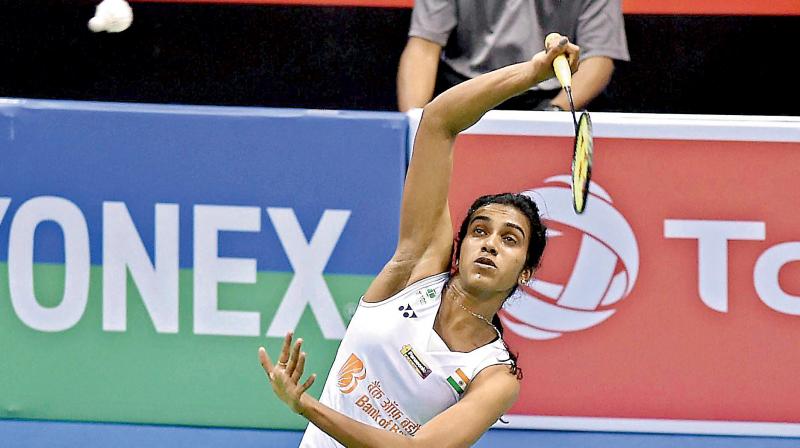 Jakarta: A trial by fire for the youngsters and a battle to stay relevant for some ageing superstars but above all, the 18th Asian Games will be a reality check for India’s athletes after the Commonwealth Games high.

The build-up has been signature chaos with complaints and even court cases about selection matters, usual controversies over the size of the contingent which came to 804 — athletes and officials combined, and not to forget, the credentials of the travelling officials.

But as has been the case with Indian sports for the past several decades, the athletes would try to ensure that focus remains firmly on the results once the competition gets underway after the customary opening ceremony here on Saturday.

There was quite literally a gold rush at Gold Coast CWG where India notched up their second best medal tally of all time.

But most athletes and their coaches have already acknowledged that the Asiad is going to be a different ball game given the presence of powerhouses such as China, Japan and Korea.

However, that has dampened neither the excitement nor the expectations.

India had equalled their best performance in terms of medals won in the 2014 Asiad with a total of 57, including 11 gold, and the contingent of 572 athletes this time would be hoping to better that.

The contenders range from a a 16-year-old schoolgirl from Haryana in Manu Bhaker (shooting) to the proven-but-struggling Sushil Kumar (wrestling) to the in-form and consistently rising to new heights, Neeraj Chopra (Javelin Throw).

Then there are the likes of Hima Das, a sprint sensation who has raised hopes by becoming the first Indian woman to claim a world championships gold, albeit in the under-20 competition.

The daughter of a rice farmer in Assam has captured the nation’s imagination and her profile is only expected to rise should she finish on the podium in Jakarta.

There is no denying the fact that she will among the favourites at the Games in Jakarta.

India’s track-and-field stars have historically done well at the Asiad, delivering 282 medals so far, 74 of them gold.

And it is not expected to be any different this time.

On to the badminton court where P. V. Sindhu would be hoping to break her final jinx. But once again a strong field will stand in the way given that shuttlers from traditional power-centres China, Thailand, and Japan will be in action.

Saina Nehwal’s grit and ability to bring her ‘A’ game to the table on the big stage can never be discounted but it remains to be seen how her body responds to what has been a gruelling season so far.

Along with K. Srikkanth and H. S. Prannoy, they are among those expected to contribute to India’s medal tally.

India can also hope for a good show on the wrestling mat where the in-form duo of Bajrang Punia and Vinesh Phogat are being seen as sure-shot medal hopes. Punia not only won a gold at CWG but also emerged champion at Tbilisi Grand Prix and Yasar Dogu International in the run-up to the Jakarta Games.

However, it’s redemption time for a few struggling stars. Olympic medallists Sushil Kumar and Sakshi Malik are not in the best of form. Sushil recently lost his first bout in four years at the Tbilisi GP in Georgia and Sakshi failed to reach the medal round at Yasar Dogu in Istanbul.

Their reputations are at stake and nothing less than a gold will be able to redeem those.

The men’s hockey team will be aiming for a gold and a direct entry into the 2020 Tokyo Olympics. The team, which recently ended runner-up to Australia at the Champions Trophy, does not have many tough nuts to crack and it will only be a disaster if it returns without gold.

The women’s team missed out on a historic place in the world cup semifinals but the Rani Rampal-led side is expected to fare better and improve upon its bronze-medal show in Incheon.

At the shooting ranges of Palembang, Manu will hold centrestage and given her form, it would be a surprise if she lets the spotlight shift anywhere else.

The boxing arena will have some strong Indian presence too with the likes of Vikas Krishan, Shiva Thapa and the fast-rising Gaurav Solanki presenting India’s men’s challenge. Among the women, world silver-medallist Sarjubala Devi will be a medal hope.

The tennis contingent is already grappling with the kind of drama that has become its trademark at every major event.

The last-minute pull-out by Leander Paes for not getting a “specialist” men’s doubles partner means that coach-cum-captain Zeeshan Ali has to re-work combinations in men’s and mixed doubles.

How this move by the veteran star affects the campaign will be interesting to see.

In the absence of world champion Mirabai Chanu, India’s challenge has weakened in weightlifting.