She says this crisis is bigger than even the Olympics 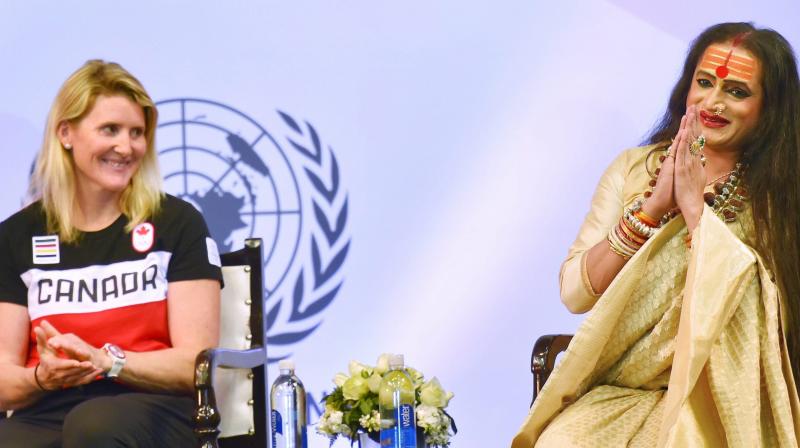 Montreal: International Olympic Committee member Hayley Wickenheiser said Tuesday that vows to press ahead with plans for the Tokyo Games are "insensitive and irresponsible."

Wickenheiser, a member of Canada's women's ice hockey team that won four straight Olympic golds between 2002 and 2016, made her comments on Twitter.

The 41-year-old IOC Athletes Commission member was speaking as the IOC said there was no need for "drastic decisions" over the staging of the July 24-August 8 event.

IOC and Japanese officials have insisted they are working towards staging the Olympics as planned despite the escalating coronavirus pandemic. "This crisis is bigger than even the Olympics," said Wickenheiser.

"We don't know what's happening in the next 24 hours, let alone the next three months." Wickenheiser pointed to the disruption the pandemic had already caused to athletes preparing for the games.

Athletes have been prevented from accessing training facilities because of virus-related lockdowns, while others have seen key competitions and qualifying events cancelled.

"From an athlete perspective, I can only imagine and try to empathise with the anxiety and heartbreak athletes are feeling right now," Wickenheiser said.

"The uncertainty of not knowing where you're going to train tomorrow as facilities close and qualification events are cancelled all over the world would be terrible if you've been training your whole life for this.

"I think the IOC insisting this will move ahead, with such conviction, is insensitive and irresponsible given the state of humanity." In a later tweet, Wickenheiser expanded on her criticism.

"Should the Olympics be cancelled? No one knows at this point and that is my point," she wrote.

"To say for certain they will go ahead is an injustice to the athletes training and global population at large. We need to acknowledge the unknown."