From a WWE history maker to a mother of one to being a role model for Indian women, Kavita Devi speaks about her journey and struggles. 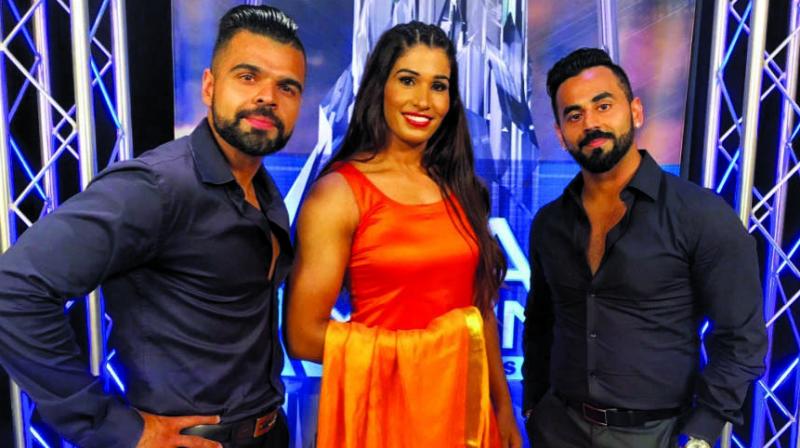 Dressed in a traditional salwar-kameez and in her trademark style of tying the dupatta around her waist, wrestler Kavita Devi makes her way to the ring like she owns it. Her strength needs no introduction either. A clip of her WWE debut in 2017, single-handedly fighting Dakota Kai at the Mae Young Classic, has already garnered more than 40 million views and the world can't get enough of her.

Hailing from a small district in Jind, Haryana she redefines beauty — not by her glamour quotient but with her aura. “Initially, everyone in the industry was surprised by my look,” says India's first woman wrestler in the WWE history, adding, “I was very happy to represent my culture. No one even thought about it because women there represent themselves in a different way and it's not even our sport. But still I decided to wear the salwar-Kameez. I felt it as a responsibility since I am the first Indian woman here, so whoever follows me next shouldn't face any barrier related to costume. I have broken a certain perception. No one refuted me, they love and appreciate it in the same way people do it back home,” she explains.

The journey to get into the limelight was an arduous one but Kavita defied the odds with her sheer determination, resilience and hard work.

“The perception of the society and people around has changed now. When I took the first step, many people objected including few of my relatives and family members. But today in my village, I am an example. Kids are told, 'You must aspire to become like Kavita one day',” she smiles.

Having won accolades at the national level in Wushu, MMA and powerlifting; Kavita shot to fame after a podium finish at the 2016 South Asian Games in the 75kg weightlifting category. She was hungry for more. Months later, Kavita kick-started her professional wrestling journey, training under the guidance of The Great Khali before clearing WWE’s first open tryout in Dubai last year. The rest is history.

“I don’t know if I had this natural power in me, but I always had the confidence that I could do anything. I didn’t ever think for a moment that I am a girl and I won’t be able to achieve this. My belief has got me where I am today. I always loved challenges and if there are none, I don’t enjoy life. I like challenges, the tougher, the better,” she asserts.

However, she had her share of sacrifices to deal with. Kavita left her family and a secure government job before penning a professional WWE contract. “The journey was difficult. Whatever sacrifices I made were for my game. I decided to leave everything here and settle in the US. From a mother’s perspective, it is very difficult because you want to take note of everything your child does. But the love and the dream of being a WWE champion gets me going. People’s expectations keep me determined. That’s the dream I am living for,” says the 32-year-old.

Despite not being a regular face on the WWE women’s roster, Kavita made a grand appearance on Women’s Battle Royal at WrestleMania 34 last year. That also presented her with an opportunity to interact with WWE Raw women’s champion Ronda Rousey.

“I wasn’t nervous but excited to meet her,” says the soft-spoken wrestler, adding, “We were all together at Wrestlemania. Ronda is a strong athlete and now she is a champion. She took no time to make a mark and everyone in the industry looks up to her, just like me. It’s my dream to compete against her someday.”

Such is her spirit that even Jinder Mahal can’t stop showering praises on his Indian counterpart.

“It was Jinder who explained it to me that I am the first Indian female in WWE and that I need to make the country even prouder. He told me that there are girls who look up to me and see me as a role model. He always keeps motivating me,” she recalls.

For all those women wanting to be like her, Kavita tells in WWE it has now become easy for women to be a part of it as the WWE is slated to hold their first-ever tryouts in India in March.

“I had to go to Dubai for my tryouts but this is the first time the tryouts are taking place here. Everyone watches WWE but they don’t realise they too can make it there. It has become very easy for women now as WWE has brought their hunt talent here,” she says.

Further, Canyon Ceman, the Senior Director of Talent Development for WWE revealed the growing demand for women’s wrestling. “I have been in this industry for seven years and it’s very clear that the quantity and quality of female applicants is rising every year. Our current talent female roster is higher than it’s ever been in our history. It is really what our audience demands, so you can see women are getting more preference.”

Talking about inclusion of women in wrestling Ceman feels he won’t be surprised if women headlined Wrestlemania 35. “A great example is Ronda Rousey versus Becky Lynch. If there’s a fight the WWE wants to see then that’s probably it. More so than any fight you could name on the men’s side. That’s a statement about the evolution of both the talent roster and also the audiences’ taste. And if they want to watch great women’s wrestling, we are going to give that to them,” he concludes.