Sanjeev Rajput, the India's silver medallist at the Glasgow 2014 Commonwealth Games, was attacked by a national-level shooter in Pune. 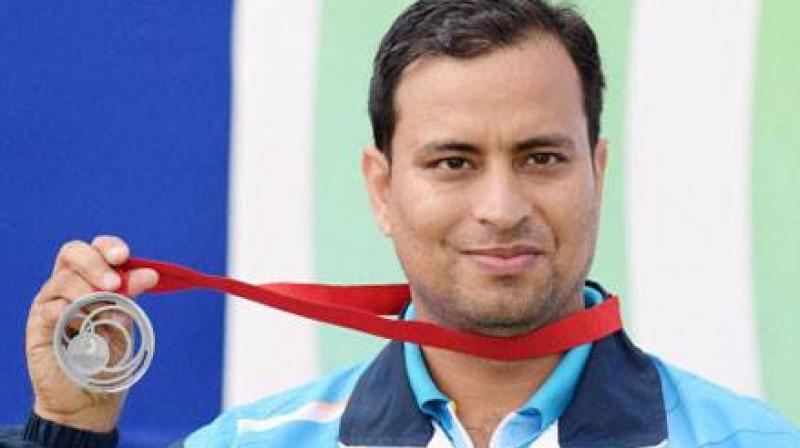 The national-level shooter had earlier claimed that she was in a relationship with Rajput and he promised to marry her. (Photo: AP)

Rajput, who has 3 Asian Games medals and two Commonwealth Games against his name, fled from the venue after the incident occurred, it is learnt. The Olympian was in Pune to participate in the 60th National Shooting Championship Competition.

The shooter, who attacked Rajput, has filed a complaint against the Olympican at Hinjewadi police station. The 2016 silver medallist at ISSF World Cup in 50 metre rifle three positions had since then switched off his phone, according to reports.

The national-level shooter had earlier claimed that she was in a relationship with Rajput and he had promised a marriage. She, in a FIR filed earlier this month in New Delhi, had said that Rajput had raped her.

In her complaint, the woman said that she has known the accused for over two years as they used to practise together. The woman also said that she has been training for the national championships at the shooting range of the Sports Authority of India and the accused, who had competed in international events, used to guide her.

The two got involved in a relationship and the shooter promised to marry her, according to the FIR. An FIR has been lodged under section 376 and 328 of the Indian Penal Code (IPC).

The complainant said that the coach had recently visited her at her residence in Chanakyapuri on her birthday and allegedly offered her a drink which was spiked with sedatives.

She alleged that she was raped after she fell unconscious after having the drink.

Later, she met him at the shooting range, he refused to acknowledge that he had promised to marry her and when she protested, he threatened to kill her.

The woman then approached the police to register a complaint, following she was sent for a medical examination, which confirmed rape.