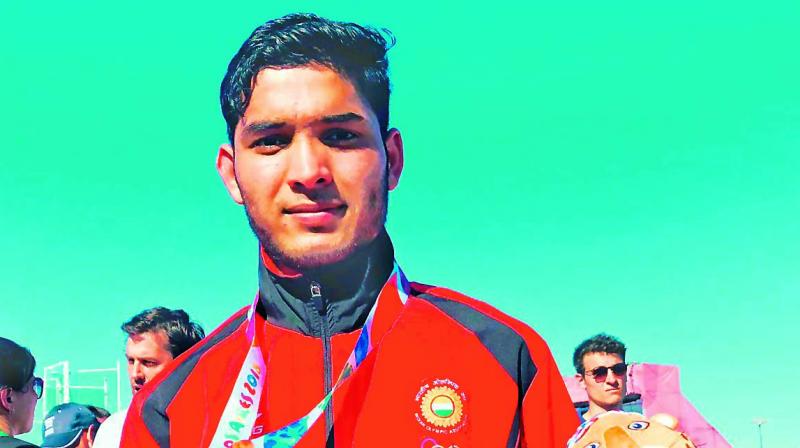 In a new format, there are no finals in track and field (with the exception of 4km cross-country) in the Youth Olympics and each event is held twice, with results from both rounds counting towards the final standings.

The 17-year-old Panwar had finished second in the first stage in 20.23.30s, behind Patin Oscar of Ecuador.

This is India’s first athletics medal in this edition and third overall. Arjun (men’s discus throw) and Durgesh Kumar (men’s 400m hurdles) had won a silver each in the inaugural edition in 2010.

“It’s a great feeling. I am very happy to have won a medal. I had put in a lot of hard work for the Games. It is my first medal for India,” Panwar said after winning the silver medal.

“My next target is to better my performance here and win a medal in the senior level also,” he added.

The 16-year-old Akash, who trains at the Army Sports Institute in Pune, showed courage to down Canadian Benjamen Lee in the shoot-off of his round one contest in the recurve cadet men’s individual event.

Trailing 3-5 after fourth set, Akash shot two perfect 10s in the fifth set to level 5-5 and take the battle into the shoot-off where both shot 9-all but the Indian was adjudged winner with his arrow closer to the centre.

Akash will face Jose Manuel Solera of Spain for a place in the quarterfinals.

Himani had an easy first round outing, cruising past Jil Walter of Samoa 7-1 to set up a last-16 clash against Catalina Gnoriega of the USA in he women’s recurve cadet individual event.

Gulia was the lone Indian boxer to qualify for the Games owing to her world title and lost in a unanimous 0-5 verdict to the Italian on Monday night.

The 17-year-old Indian from Haryana was expected to do well at the event given that she was coming off a gold medal winning performance at the Silesian Open in Gliwice, Poland last month.

India’s maiden and only set of medals in the Youth Olympics’ boxing competition came in the inaugural edition of 2010.

Shiva Thapa and Vikas Krishan delivered a silver and a bronze medal respectively, which remain India’s best performance. While Shiva won his silver in the 54kg category, Vikas finished with a bronze in the 60kg division.

In 2014, the best that India managed in boxing was Gaurav Solanki’s fourth-place finish.