The field has many as 11 stars from the Ladies European Tour’s Top-20 in the current Order of Merit. 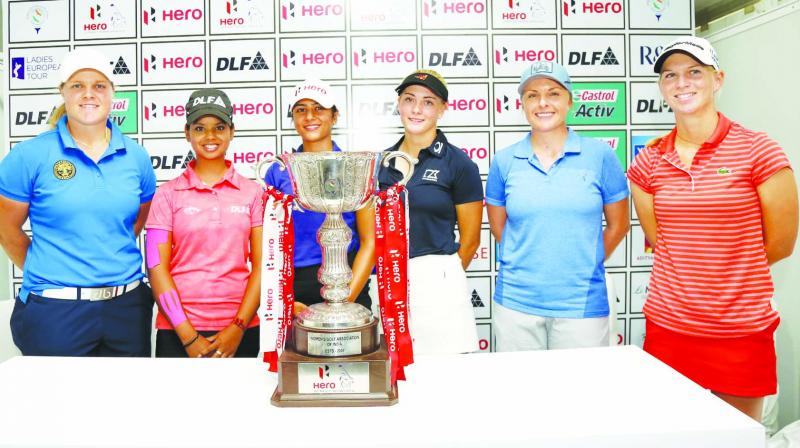 New Delhi: Indian contender Vani Kapoor is hoping to put behind her tendinitis issue when she leads the home challenge at the Hero Women’s Indian Open, slated to begin from Thursday.

Apart from Vani, who was the best Indian at tied-sixth last year, a good show is expected from Tvesa Malik, who will play her first Indian Open as a pro. She has been performing very well on the domestic Tour, where she leads at the Order of Merit.

“I have been preparing hard, though I was hit by tendinitis few days back, but I am hoping to get over that.

“This is my home course and I know it well, but as they say in golf, every shot is a new one and you never play the same shot again. Last one year has been one of great learning,” said Vani.

Tvesa, 22, seen as a big hope for the future, said, “It has been a great (domestic) season and I have been improving a lot and I have been really looking forward to this event for long. I have played here often and know the course well and it is very challenging. As for my plans, I plan to go to the LET Q-School this year and have picked Vani’s brains on this a lot.”

The field has many as 11 stars from the Ladies European Tour’s Top-20 in the current Order of Merit.

Defending champion Camille, who went on to become the Rookie of the year following her superb triumph at the event, is back to try and improve on a rather average season this year.

Challenging Camille for the trophy will be the 2011 winner Caroline Hedwall, the 2016 LET Order of Merit winner, Beth Allen besides a host of other players, who have won this season; Sarah Kemp, third last year, Celine Boutier, winner of 2018 Australian Ladies.