Golfer Aadil Bedi out to make it count

Shiv Kaur picked up a gold in 2006 while two more team silvers followed in the ensuing years. 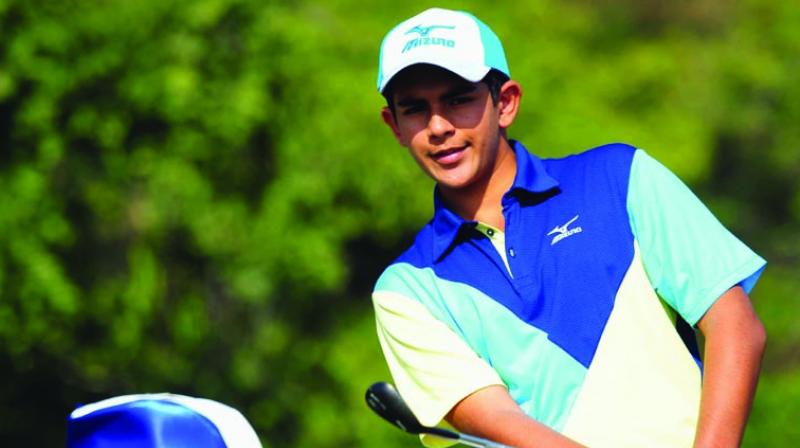 But the 17-year-old amateur, who already has plenty of experience under his belt, asserts that he and his team mates “would be chasing a golden dream” at Jakarta.

“It is one of the biggest tournaments for me,” says Aadil, who has been playing golf since the age of four.

“Representing India is a special feeling. I was selected in the Indian team two months ago. For the first month, I could not even sleep properly I was that excited! I would be thinking of the national colours, flags and podium the entire day.

“But once preparations began, I put it all behind. If you keep thinking of the gold medal, you probably wouldn’t get it. I am now focusing on what to do to reach the top,” says the youngster who had won the title in the World Star of Junior Golf in Las Vegas, USA, last year.

Bedi along with six others will be in action from August 23 to 27, taking part in singles and team events. The men’s team will be represented by 18-year-old Rayhan Thomas, Kshitij Naved Kaul (17), Bedi and Harimohan Singh (24), while the women’s team have Sifat Sagoo (17), Ridhima Dilawari (20) and Diksha Dagar (17).

Asked about this approach for the Games, Aadil said, “Golf is a very individual sport. We are competing in both the team and singles events and as a team, we can support each other by playing well and having positive talks.

“But still at the end of the day, golf is an individual game and you need to be at your best to even help your team. So that will be my aim.”

Aadil, who plans to turn pro next year, credits his parents for shaping up his career.

“I began playing golf when my father introduced me to it. But the main reason was my love for cricket. Yes, I love to bat but one has to wait for his/her turn to get to play.

“So one day, when dad took me to the golf range in Chandigarh and I saw similarities between a golf swing and a cricket shot. And here I did not even have to wait to bat!

“So, my journey in golf began. I was only four years old then,” says Bedi, who is a class XII student in Chandigarh.

Golf was first introduced at the quadrennial Games in 1982 and India fetched two gold and a silver at the New Delhi edition.

Shiv Kaur picked up a gold in 2006 while two more team silvers followed in the ensuing years.