He is the highest ranked player at the inaugural edition of Ultimate Table Tennis scheduled to begin on July 13 in Chennai. 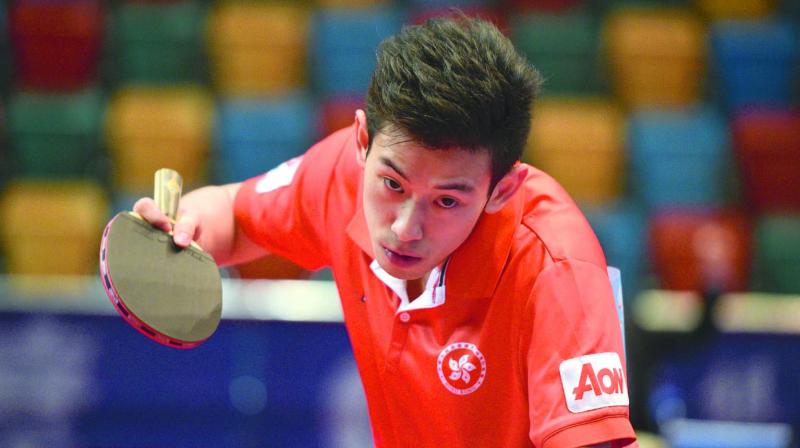 For Wong Chun Ting, world no. 7 and a bronze medallist at the recent World Championship in Dusseldorf, visiting India for the very first time is an experience. “I am very excited about my trip to India for Ultimate Table Tennis. I expect there will be top-class competition with many top players from other countries,” said Wong Chun, who lives in Hong Kong.

He is the highest ranked player at the inaugural edition of Ultimate Table Tennis scheduled to begin on July 13 in Chennai.

Wong Chun took to competitive table tennis at age 12. Until then, playing the sport was a fun activity he indulged with his elder brother and father.

“Joining the Hang Seng Table Tennis Academy was a critical point of my career. Even though it was tough as I had to travel a long way to the training centre after school, I really looked forward to each session of training,” said the paddler who took up sports as a full-time career after completing secondary school at 18.

While he finished ninth in the men’s singles at the 2016 Rio Summer Olympics, the Hong Kong paddler has had a memorable start to 2017, winning the mixed doubles bronze with compatriot Doo Hoi Kem at the World Championship which he calls, ‘a highlight of his career’.

“This experience has an impact to my career. This year my target is to get a place at the World Tour Grand Finals in December. I want to advance my world ranking further,” said the optimistic Wong Chun.

Speaking about the inaugural edition of UTT where he will turn out for Maharashtra United, the world no. 7 said, “The league will attract and bring world class players to India. This will benefit the sport here. I believe it will bring advanced training methods and other technical aspects too which will benefit Indian players in the long run.”

Wong Chun, a stylish paddler known for his penhold grip, has earlier been part of professional leagues in China and Poland. He will team up with Harmeet Desai, Ronit Bhanja, Joao Monteiro, Krittwika Sinha Roy, Pooja Sahasrabudhe, Liu Jia and Fu Yu in the Maharashtra United squad.