'Double-headers' suggestion gets thumbs down from Sebastian Vettel 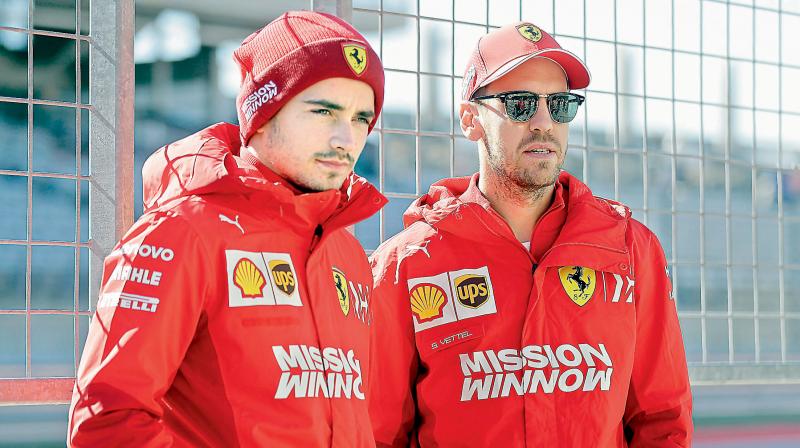 Paris: Four-time world champion Sebastian Vettel on Friday cautioned against the temptation to shoehorn too many Formula One races into a revised calendar, describing the move as "not realistic".

The 22-event F1 season has been decimated by the coronavirus with nine races either cancelled or postponed. The French Grand Prix scheduled for June 28 is also in doubt as is the Belgian Grand Prix, set for August 30.

F1 chiefs have floated the idea of making up for lost time by staging races on successive weekends or even having two races on the same weekend.

However, Ferrari star Vettel fears such a move could lead to burnout for team staff.

"We drivers are a little privileged," Vettel told reporters by teleconference from his home in Switzerland.

"Of course, the races are tiring but there have to be limits for the staff. They must rest.

"We must also see if it is easy to reschedule races, if the circuits are not already taken. Many questions remain. I think the schedule will be busier, but 10 consecutive weekends is not realistic."

OK with races without fans

Vettel suggested that he would favour staging races without fans if it allowed a quick resumption as long as it did not become a common feature.

Other sports have already toyed with the idea of staging events behind closed doors.

For example, the US PGA Tour on Thursday announced plans to resume in June, with the first four tournaments being closed to spectators.

"It's complicated," admitted Vettel. "On the one hand, there is the health of the sport, on the other, that of the people who work in the paddock and especially the fans.

"There are several options. No one likes to run in front of empty stands, but we will have to see if it will not allow us to resume much sooner.

"The first races will probably be a little different, but not too much, I hope, because we want to run in front of the fans." Vettel insists that for him even a 10-race season is just as valuable as a 22-race campaign.