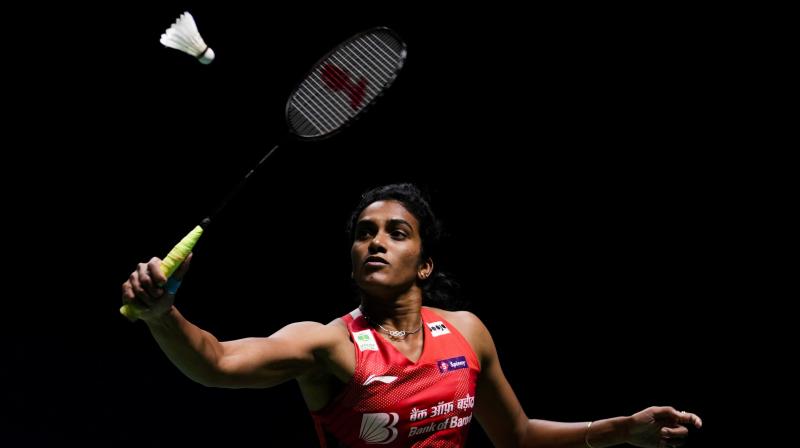 Madrid: India's PV Sindhu beats Pornpawee Chochuwong of Thailand 21-14 21-18 in the Round of 16 of the ongoing 2021 BWF World Championships on Thursday in Huelva. The defending champion Sindhu has now entered the quarter-final.

The two-time Olympic medallist started the match on a positive note taking a 5-1 lead in the opening game. Her Thai opponent clawed her way back reducing the deficit to 4-5. Sindhu once again raced to the lead making it 7-4 in her favour. The ninth seed Thai girl once again fought hard to level the score at 9-9.

The sixth-seeded Indian then raced ahead once again winning 5 points on the trot to extend her lead to 14-9 and from there on there was no looking back as she pocketed the opening game 21-14.

The 5-time world championship medallist PV Sindhu started the second game in a similar fashion taking a 3-0 lead. But the Thai shuttler Chochuwong clawed her way back once winning 4 points on trot and taking a 4-3 lead against the Indian.

The World no.7 Hyderabadi shuttler once again extended her lead winning 4 points on the trot to make it 7-4. From there on there was no looking back for her as she made it 11-6 during the 2nd game break.

After the break, she came back even stronger taking a 7-point lead with the score reading 17-10 in her favour. Pornpawee Chochuwong did play few good shots but she could not trouble Sindhu enough to take the match away from her as the two-time Olympic medallist bagged the 2nd game 21-18. The defending champion Sindhu won the match 21-14 21-18 in 48 minutes extending her head-to-head lead against world no. 10 Chochuwong to 5-3 and her first win after two consecutive defeats against her.