Earlier this week, Batra became the first Asian head of the FIH since the body’s inception in 1924. 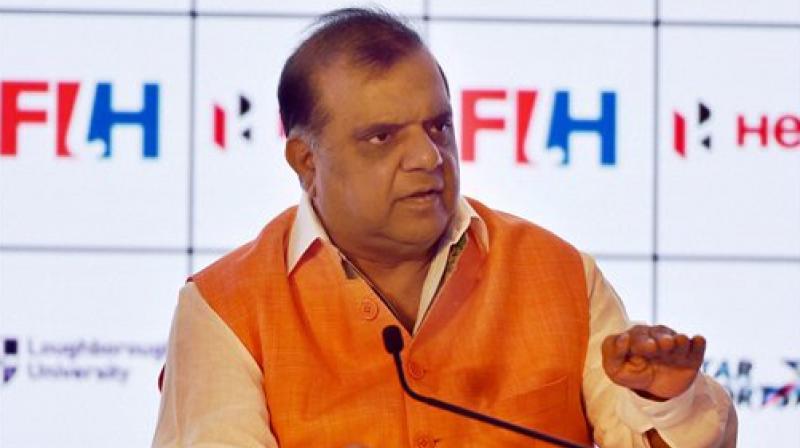 With the world body (FIH) set to make a number of changes in its calendar for the World Cup and the Olympic qualification events — the current World League rounds are deemed confusing by players and fans — Batra spelled out plans to “expand geographical boundaries” and “increase FIH’s revenue” as he begins his four-year term with the international body.

Earlier this week, Batra became the first Asian head of the FIH since the body’s inception in 1924. Batra, who will now relinquish his Hockey India role, however did not have a definite answer to how his elevation would benefit Indian hockey. Said Batra here, “Indian hockey has made progress in the last few years and will continue to do so.

“In the last 5-6 years, India has hosted one major event every year. Now it will be a minimum of two FIH tournaments per year to popularise the game and bring in more spectators.”

Besides the World Cup, India will also host the Asian Champions Trophy and the Youth Olympic qualifiers in 2018, he announced.

A number of changes are on the anvil with the FIH set to introduce a home-and-away tournament for Olympic and World Cup qualification in 2019.

“The FIH will introduce a 10-year Hockey Revolution programme from 2019. There will be either seven or nine teams, and matches will be played on home-and-away basis. It will lead to expansion and more exposure. Say if it is a nine team event, eight countries will get to visit India and similarly our players will compete in all those nations.

“In case of Pakistan, a neutral venue will be sought out to hold events. Pakistan have always confirmed their participation for the Junior World Cup in Lucknow next month,” said the FIH head.

Meanwhile, star striker Yuvraj Walmiki, along with two other domestic players, have been banned from the 2017 edition of the league on disciplinary grounds. The trio were involved in an altercation with umpires during the recent five-a-side tournament in Pune and were penalised, Batra said.