Manish Chotrani talks about his son’s budding squash career and reminisces about his own. 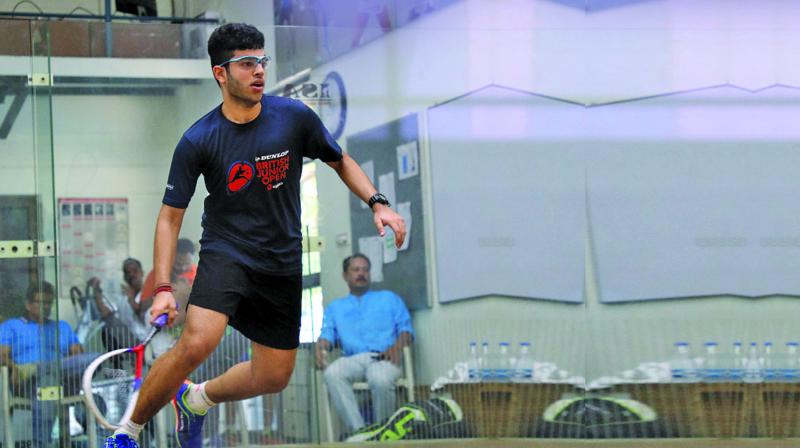 Veer was around three months old when he had his first trip to the courts, while senior Chotrani was in his prime taking down opponents.

He is young and has a lot to go through, but thankfully, Veer Chotrani has a father to steer the youthful squash talent through rough times. A former national champion himself, and Veer’s coach, Manish Chotrani has been closely watching his son’s matches in the Indian Classic Junior Open Squash Tournament which is being held at the glass courts of Bombay Gymkhana.

Veer was around three months old when he had his first trip to the courts, while senior Chotrani was in his prime taking down opponents. He was truly a special player and many from that era can vouch for this fact. “He (Manish) was fantastic in his days,” said one of the players while the senior leg of the same tournament was underway.

Times changed as Manish began toiling at his business endeavours and there was hardly any time for squash. At the age of 32, he was a garment exporter but he also clinched a national championship by beating a 23-year old opponent.

‘I was once like you, son’
The difference between son and father is the age at which they started playing.  Manish explains, “See, when we were playing, it was a different era. I started playing really late in my life and I am satisfied with whatever I have achieved. But if you ask me about Veer, he has been fortunate to start early. He has already played in the World Junior National Championships at Under-19 even when he is just 17. I feel like a proud father,” his tone gives a hint that Chotrani has plans for the young one.

The 17-year-old squash player is one of the country’s prospects in the game. Manish insists that next year, Veer will travel abroad for better training and to learn the technicalities of the sport. “After 12th (grade), he will probably go abroad. These are the things I wish I could do, but it will be him,” he says.

‘I am old but I am happy’
Usually, the duo train on the courts of Khar Gymkhana. Veer is the one playing, whilst Manish directs him. The senior calls it a “challenge”. “I can never play a teacher’s role to be honest. We are always talking to each other and I have never acted as his teacher on court because of the friendly bond that we share,” says Manish.

“It is also a joy to be around each other for so long. We are connected because of the sport and it has kept us together in a way,” he adds.

The way Veer’s career is progressing, Manish is the one who should receive due credit credit but the son will soon have to move away to get better and the duo is fairly prepared for this change.