Asian Games: A lot at stake for hosts

Despite a massive counter-terrorism crackdown since the 2002 Bali bombing, the past several years have seen increased activity by militants. 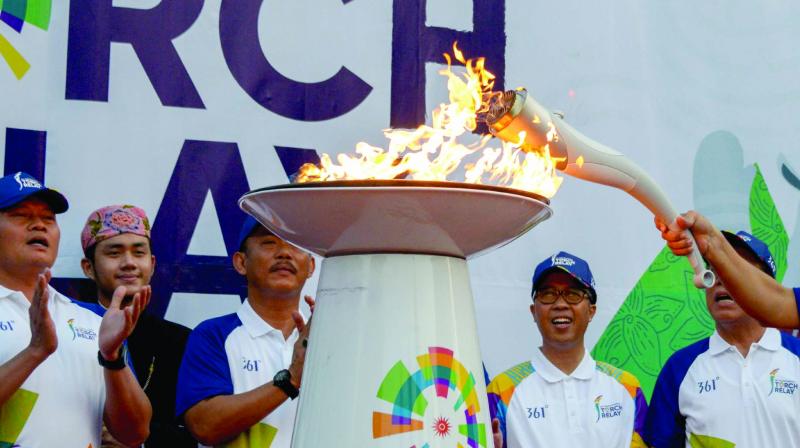 Officials light the 2018 Asian Games torch in Jakarta on Wednesday. Jakarta and Palembang will host some 11,000 athletes and 5,000 officials from 45 Asian countries for the Asian Games, which will commence on Saturday. Below: Dancers perform at the relay ceremony. (Photo: AFP)

Jakarta (Indonesia): Indonesia is deploying 100,000 police and soldiers to provide security for the Asian Games, the biggest event ever held in its terror attack prone capital Jakarta, parts of which have been dramatically spruced up as the city readies to welcome tens of thousands of athletes and visitors.

The 18th Asian Games, which run until September 2, are being held in Jakarta, Palembang on the island of Sumatra, and in West Java. About 12,000 athletes, support staff and officials and 5,000 journalists are expected.

It’s the second time Indonesia has hosted the games. The first in 1962 was under the country’s founding President Sukarno, who wanted to showcase Indonesia and himself as a leader of nations who’d thrown off colonial Western rule. This time, Indonesia, projected to be among the world’s 10 biggest economies by 2030, wants to shift perceptions that it’s in the ‘too hard’ basket and pave the way for an eventual tilt at even bigger sports hosting baubles. 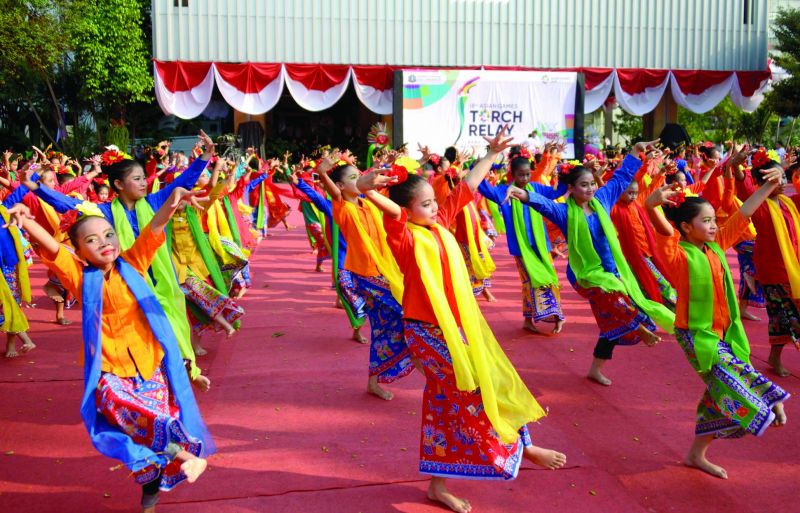 “An opening ceremony is planned with a mythological theme, flying people and, indispensably in a country of dozens of active volcanoes, a mountain that erupts, albeit a very small eruption,” Dewa Broto said.

The games are being held at what is domestically a trying time for Indonesia. An earthquake on the island of Lombok last week killed more than 430 people and the country is beginning what’s expected to be eight months of presidential election campaigning that trades on religious and ethnic divides. Any significant problems or successes at the Asian Games will reflect on the incumbent president Joko "Jokowi" Widodo.

Despite a massive counter-terrorism crackdown since the 2002 Bali bombings, the past several years have seen increased activity by militants.

“The dispersion of venues is a particular challenge for security, requiring a huge number of personnel to manage everything from traffic to VIP security and terror threats,” said Indonesia’s deputy national police chief, Muhammad Syafruddin.

Air quality has noticeably deteriorated in Jakarta this month, a thick haze hanging over the city most days. Organisers promise an improvement.