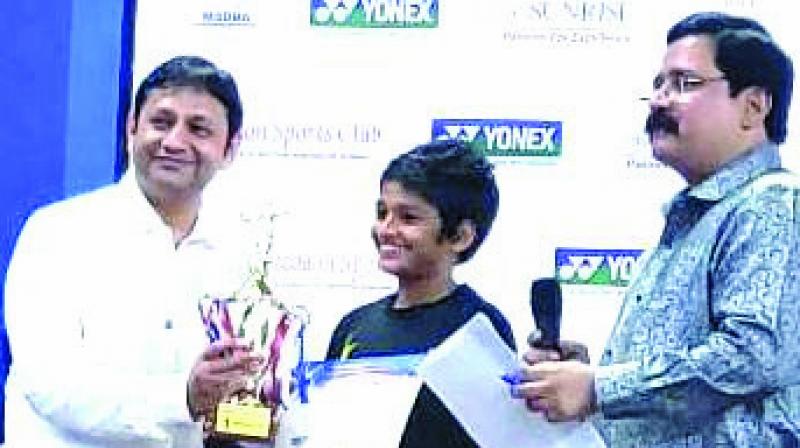 Aalisha Naik went on to capture triple crown, winning the girls under-17, under-15 and under-13 singles titles  on the concluding day of  the Mumbai District badminton selection tournament at Goregaon Sports Club.

The men’s and women’s singles finals were rather tame affairs with the men’s top seed Kaushal Dharmamer as well as women’s top seed  Kalpita Sawant establishing their domination over their respective opponents. Kaushal thrashed second seeded Gaurav Rege 21-11, 21-7, but Kalpita did have to struggle a bit against stylish lefthander Pooja Devlekar before Kalpita triumphed 21-14 21-17.