Kabaddi all the way!

If you think a dull period in sporting action is coming your way, think again. The Pro Kabaddi League 2019 promises to pack a punch. 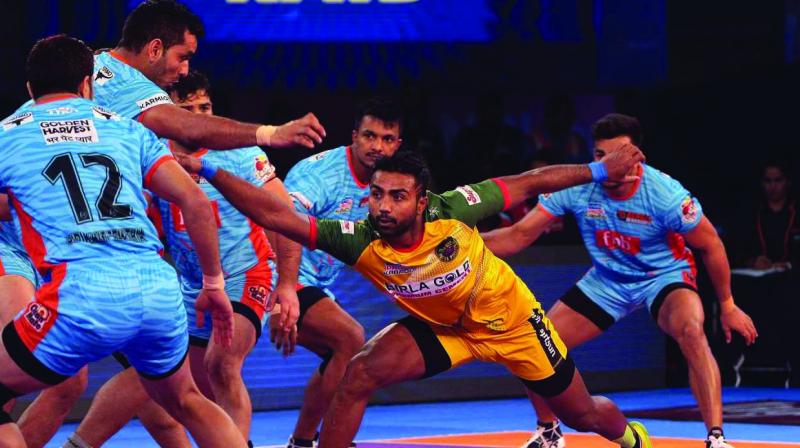 The Pro Kabaddi League is here to substitute the glum, even before it properly sets in.

Any sports enthusiast would have drooled just looking at the menu for last Sunday. With two cracking finals — that of ICC Cricket World Cup and Wimbledon's men's singles — people were not only on the edge of their seats but also experienced a variety of emotions because, in both cases, the action did not seem to end.

England lifted their maiden ICC World Cup trophy after scoring more boundaries than New Zealand, once the super-over ended in a tie. On the other hand, Novak Djokovic beats Roger Federer to lift his fifth Wimbledon title. Djokovic and Federer put on the longest Wimbledon final of all time as the world number one edged a 7-6(5), 1-6, 7-6(4), 4-6, 12-12(7-3) victory in four hours and 57 minutes.

Although it was an amazing day for sports in general, tennis and cricket fans might suffer from a hangover and feel low. However, they do not have to fear as another exciting tournament is just around the corner. The Pro Kabaddi League is here to substitute the glum, even before it properly sets in.

Equipped with a franchise-based model, Pro Kabaddi League’s first season was held in 2014 with the participation of eight teams, each of which paid up to US$250,000 to be a part of the event. 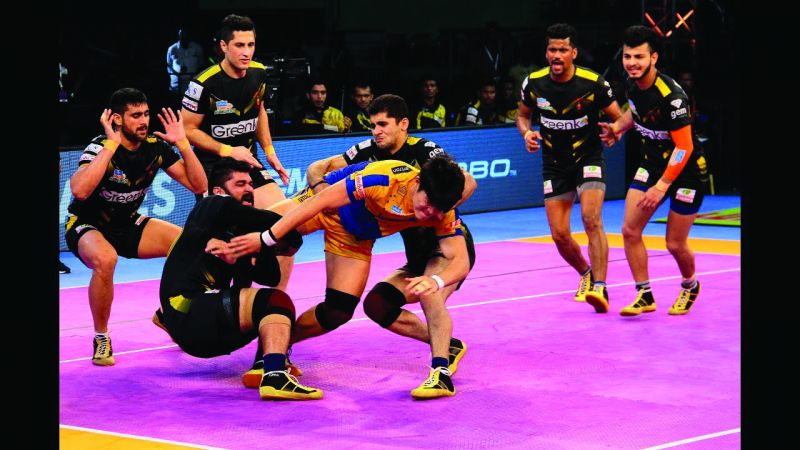 Indian Kabaddi player and highest raid-point scorer in this league history, Pradeep Narwal, feels, “In the past few years, kabaddi has grown. It feels great when people start to identify us as kabaddi players. And now we are becoming international.”

Indian Kabaddi coach and Arjuna Awardee, Ram Mehar Singh, said, “It is good to see the excitement of people for the league. We never thought that this sport would reach this level. Nowadays, even students are pursuing kabaddi as a career. People have started acknowledging us. It feels great to see the increasing viewership of the Pro Kabaddi League.”

Rahul Sharma, a fan of the sport, expresses his excitement and says, “I haven’t missed even one season of Pro Kabbadi since the beginning and I am very excited for the upcoming season as well. It has become a ritual now, to come back home from work and sit back, relax and watch the game. I am connected to this game as I used to play the sport and I was the captain of the kabaddi team in my society.”

“Pro Kabaddi has successfully created a cohort of loyal followers across India. Kabaddi has become a mainstream sport in the country, and with each season a new star is born. According to me, season seven will prove to be a milestone in the advancement of the sport’s ever-growing popularity among sports lovers in the country”, says Pawan S. Rana, CEO, Patna Pirates, which is one of the participating teams.

The seventh season of the Pro Kabaddi League will see all the teams play against each other in the home venue of every team, across different legs. The tournament will start with the Hyderabad leg on 20th July and it will conclude with the Greater Noida leg on 9th October. The venues for the play-off matches and the final are yet to be decided. One this is for sure: the sport has arrived and it is here to stay.