However, PV Sindhu and Saina Nehwal suffered an early exit as they lost to Beiwen Zhang and Nitchaon Jindapol 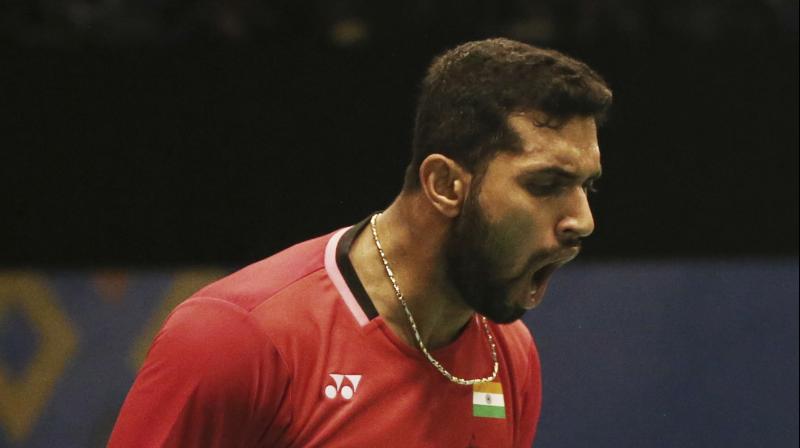 Jakarta: Rio Olympic silver-medallist PV Sindhu suffered a major blow as she crashed out of the ongoing Indonesia Super Series Premier tournament after suffering a heart-wrenching straight-games defeat at the hands of Beiwen Zhang of America here on Thursday.

After comfortable winning the first game, the fourth-seed failed to capitalize on the same and went on to suffer a 21-15, 12-21, 18-21 defeat against Zhang in a thrilling second-round encounter that lasted 54 minutes.

Earlier, ace Indian shuttler Saina Nehwal also crashed out of the tournament after suffering a 15-21, 21-6, 21-16 defeat against her Thailand opponent Nitchaon Jindapol in a thrilling clash that lasted 63 minutes.

Meanwhile, Kidambi Srikanth and HS Prannoy booked their place into the quarter-finals of the tournament after registering contradictory wins in their respective men's singles event.

Srikanth, who comfortably won the first game, went down in the second before posting a 21-15, 20-22, 21-16 win over his Denmark opponent in a grueling clash that lasted just few minutes less than an hour.

Srikanth will now lock horns with Tzu Wei Wang of Taiwan for a place in the semi-finals.

Prannoy, on the other hand, thrashed Lee Chong Wei of Malaysia 21-10, 21-18 to set up a last-eight clash against eighth-seed Chen Long of China.