Zero failed drug tests were reported during the event. 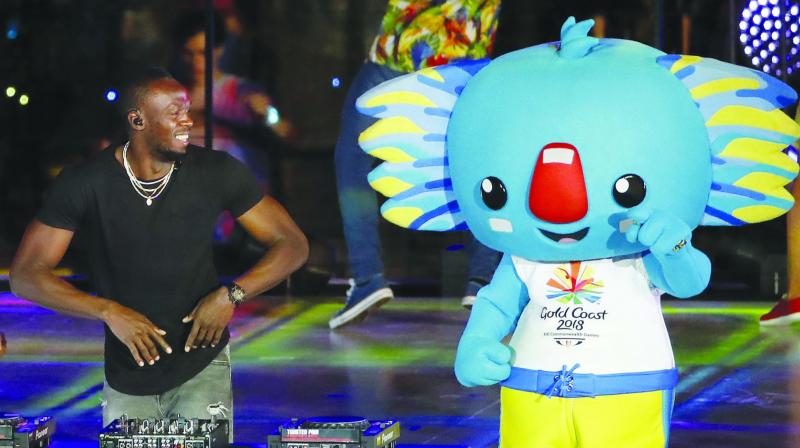 Gold Coast: Usain Bolt took a turn as DJ as the Gold Coast said goodbye to the Commonwealth Games on Sunday after an 11-day tournament where Australia topped the medals table by a distance.

Bolt made a surprise appearance on the decks as the Games closed in a colourful ceremony with references to Aboriginal culture — although indigenous protests continued outside.

Australia finished with 80 golds, way ahead of England’s 45 and India’s 26, in a tally that integrated para sports and was equally split between men and women for the first time.

“For those who delivered this event I say, ‘You beauty! You did us proud,” said Queensland premier Annastacia Palaszczuk, as the Commonwealth flag was handed to 2022 hosts Birmingham.

Australia dominated in the swimming pool and in track cycling, while Jamaica felt the absence of the retired Bolt as they struggled in the sprint events.

The Games also featured their first transgender athlete, and gay English diver Tom Daley caused a stir when he urged the 37 Commonwealth countries that outlaw homosexuality to change their laws.

Zero failed drug tests were reported during the event.

However, the Games also saw several protests from indigenous activists who dubbed them the “Stolenwealth Games”, a reference to Britain’s colonisation of Australia.

On Sunday about 100 protesters were blocked from marching to the stadium by a heavy police presence, preventing a repeat of the tense confrontation before the opening ceremony.

Earlier, organisers were criticised for their medical response after marathon runner Callum Hawkins collapsed and lay prone for some time before help arrived.

Officials in turn lashed out at spectators who took pictures of Hawkins as he lay in distress. Australia’s Michael Shelley ran past the Scot on his way to victory.

Marathon world record-holder Paula Radcliffe tweeted that there were “big questions” for the organising committee and medical staff.